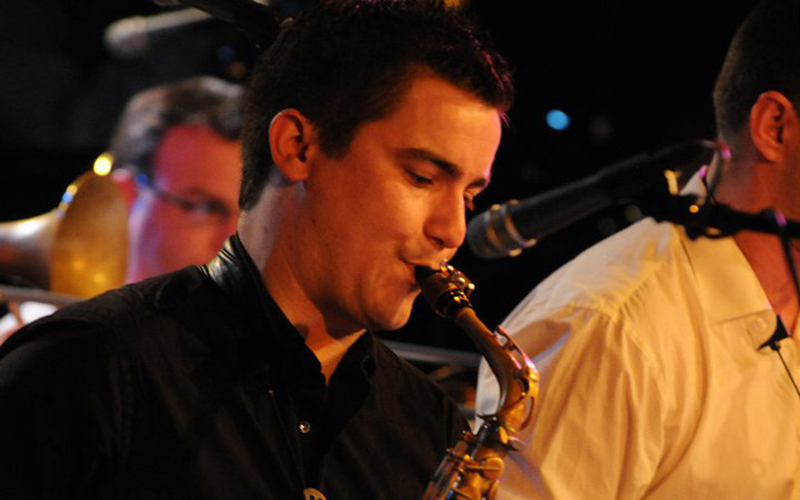 To satisfy the universal need for deep grooves and sweet sounds, the Music Department at the Parkway Central Library is collaborating with the Philadelphia Jazz Project and the Producers’ Guild to bring you The Mysterious Travelers Concert Series. Through free, monthly concerts running through April 2015, audiences will hear from veterans as well as up-and-coming musicians who are shaping the future sounds of Philadelphia. You heard it here first at your Free Library of Improvisation!

Award-winning saxophonist Mike Cemprola has been a busy member of the Philadelphia music scene since he arrived in 2002. He has performed and recorded with The Mike Cemprola Quartet, the Vanguard Jazz Orchestra, Norma David and the Eleventet, and the Jazz Orchestra of Philadelphia, among others. He has also performed as a sideman with Aretha Franklin, Johnny Mathis, Wayne Newton, and the Four Tops.

Philadelphia Jazz Project (PJP) works to inspire a network to support, promote, archive and celebrate the diverse elements within the Philadelphia jazz community, with the larger goal of connecting to the global community. PJP is a sponsored project of the Painted Bride Art Center, with funding provided by the Wyncote Foundation.

The Producer’s Guild’s mission is to ensure that the appreciation and enthusiasm for the rich cultural heritage of African American Arts continues to thrive in Philadelphia, especially Black Classical Music, commonly known as JAZZ.