We miss opening our doors to you! For now, we have the following services:

Please visit our Facebook page or our Instagram for more up-to-date information, virtual events, and crafts. You can also browse our virtual shelves or request a Kids Mystery Bag of books.

We hope to see you soon! 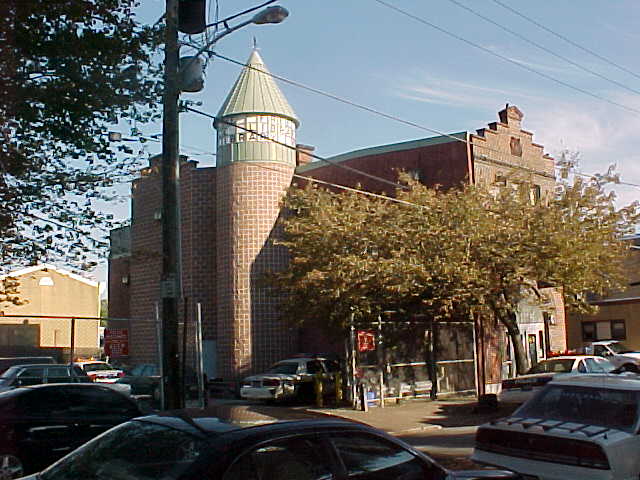 The history of Fishtown begins with the Lenape Native Americans, who called the area Shackamaxon. In the early 1600's, Swedes, German, Dutch and English settled on scattered plots of land, and on April 23, 1683, William Penn negotiated a land exchange to acquire Shackamaxon.

In the early 1700s, English businessman Anthony Palmer purchased a large tract of land that he named Kensington after a suburb of London. This was combined with Shackamaxon. The Consolidation Act of 1854 brought the area into the present city limits. Legend has it that Charles Dickens named the area Fishtown after seeing the fish sold in the open air farmer's market on Girard Avenue.

Open for business in 1947, the original Community Branch Library was located at 615 Girard Avenue. However, the building was soon torn down so that a police station could be built.

The library opened at its current location at East Montgomery Avenue and Flora Street on March 31, 1950. This building was built in 1895 as a stable, and was later used as a fire station for horse-drawn wagons. It was donated to the library by the city through the efforts of the Men's Organization of the Community League of Kensington, hence the initial name, Community Branch.

Reflecting neighborhood pride, the name was changed to Fishtown Community Branch in 1982. The library was renovated extensively in 1989, with the addition of a balcony, meeting room and elevator. Further renovations were completed in 1997 as part of the "Changing Lives" campaign, which refurbished branches and brought Internet access to every library.