LAMP: Library of Accessible Media for Pennsylvanians is a library for individuals who have difficulty reading due to any visual, physical, cognitive or reading disability for a temporary or permanent reason.  Certification is necessary to be able to use the LAMP.  The program is free as part of the Library of Congress' National Library of Blind and Visually Disabled.  The library is open 5 days a week 9:00am to 5:00 pm at 1500 Spring Garden Street, Suite 230, Philadelphia.

Please visit our website, MyLAMP.org or call our office 215-683-3213, to learn more about this FREE program available through your mail. 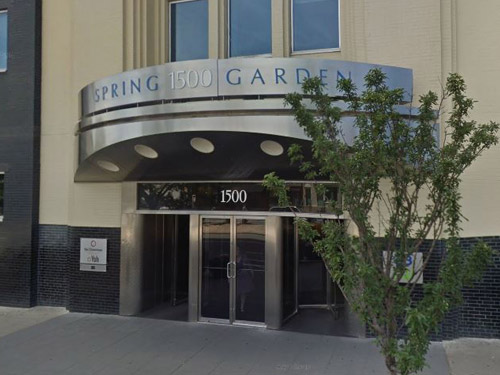 Donate to Library of Accessible Media for Pennsylvanians (LAMP)

The Home Teaching Society for the Blind in Philadelphia were the first services provided to individuals with Blindness. This incorporated volunteers reading to Blind individuals and included the use of pre-Braille Moon type created by Dr. Moon in England.

By the early 20th century, Carnegie Library of Pittsburgh (CLP) and the Free Library of Philadelphia (FLP) had both been providing braille services to readers.

When the Pratt-Smoot Act was passed in 1931, both were included in the original network of 17 libraries for the blind headed by the Library of Congress (LC), Division for the Blind located in Washington, D.C.  When the “talking book” phonograph record was developed in 1934, CLP and FLP began circulating both braille and recorded books, and eventually record players as well.  Most of the braille materials and all of the recorded materials were provided by LC’s Division for the Blind.  A subsidy to the postal service to support Free Matter for the Blind was part of the original federal legislation.

CLP’s Library for the Blind services and collections originally resided at CLP’s Main Library.  Late in the 1950s, CLP moved the services to their Allegheny Regional Branch on the North Side of Pittsburgh.  In 1968, CLP’s library service to the blind moved to its present site of LBPH at 4724 Baum Boulevard.  The original location of FLP’s LBPH program was in the east-side of the Central Parkway building on Vine St. In the early 1930s, FLP’s LBPH was moved to a large building at 1700 Spring Garden Street, 2 blocks from the current LAMP location. The building was torn down and is now part of the Community College of Philadelphia. Since the move of CLP’s LBPH to Baum Boulevard reduced space considerably, and FLP’s LBPH had enough space to house the entire braille collection, the decision was made to move braille services for the entire state to FLP.  Up to this point CLP’s LBPH had been serving West Virginia as well as Western PA with braille materials.  When the braille collection was moved, FLP’s LBPH took over serving West Virginia with braille as well as the entire state of Pennsylvania.

In 1967, the Pratt-Smoot Act was amended to serve people who had a visual impairment but were not necessarily legally blind, and people whose physical disabilities prevented them from holding a book or turning pages.  Disabilities that had a physical basis to prevent the use of books were also included in the definition.  Thus, services became available to those individuals who had a physically-based reading disability and others such as those who had stroke-related aphasia.  This led to changing the name of the Library of Congress’s Division for the Blind to the National Library Service for the Blind and Physically Handicapped (NLS/BPH).

Until 1966, the two LBPHs had been funded by their administrative agencies only, FLP and CLP.  That year, the Pennsylvania Assembly passed a bill authorizing State funding for Pennsylvania to provide NLS/BPH services statewide to the visually and physically disabled residents of the state.  The bill is still in effect today, as the State of Pennsylvania through Commonwealth Libraries continues under contract to pay either rent or mortgage debt service as well as an administrative fee to FLP and CLP.

In 1971, NLS/BPH introduced the audiocassette book which became the mainstay of the LBPHs’ collections, although talking books were still produced on phonograph records until 1996 and both media were distributed concurrently into the early 2000s.  The number of patrons increased dramatically, and the service and collections grew.

In 2010, in response to flat funding from the Commonwealth of Pennsylvania for most of the previous decade, studies were initiated to investigate how library customers throughout the state could best be served in light of the diminishing resources.  As a result, in early 2012 Commonwealth Libraries decided to adopt the following service model:

Philadelphia would continue to provide statewide braille service and large-print book service to patrons living in the eastern half of the state, as well as outreach service for most of the state.
The Pittsburgh library would assume responsibility for audiocassette and digital audiobook service and playback machine distribution for the entire state, except for walk-in service in Philadelphia, and continue to provide large-print book service to the western half of the state.  Pittsburgh would also provide reader advisory services for the entire state, and outreach efforts to Allegheny County.
Both libraries would perform digital audiobook downloads for walk-in patrons, produce local recordings, and provide BARD assistance to patrons in their half of the state.

In 2017, the State Library and both LBPHs agreed that, in order to provide better outreach coverage for the state, CLP’s LBPH would assume responsibility for outreach to 15 counties in Western Pennsylvania.

In 2018, the digital audiobook service delivery model began to incorporate a “download-on-demand (DOD)” process, by which multiple titles are downloaded onto a single digital audiobook cartridge.  NLS had expressed its intent to transition to this model throughout the country in the near future, and by early 2019 CLP’s LBPH was distributing over half of its circulation as DOD cartridges.

On July 30th of 2019, CLP-LBPH notified NLS that it would no longer require shipments of dedicated-title audiobook cartridges, as this service would now be provided completely through the download-on-demand process using blank cartridges supplied by NLS.

Throughout 2019 and 2020, FLP, CLP, and Commonwealth Libraries consulted to re-brand LBPH in order to more accurately reflect their services and patron base.  The acronym LAMP, standing for Library of Accessible Media for Pennsylvanians, was chosen and work began to create imagery and website design to reflect this new understanding in a more accessible design than before.