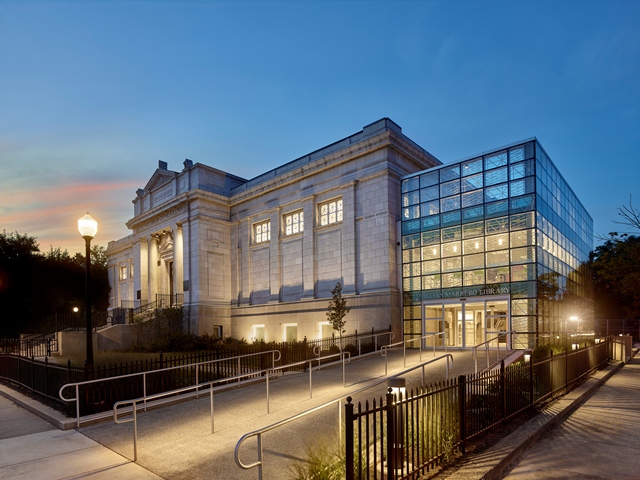 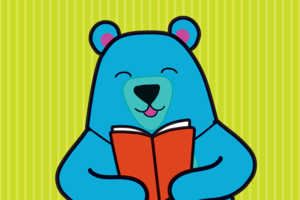 Featuring various illustrated poetry picture books and readings appropriate for children of all ages. Heavy or mature subjects will include a content description at the start of the video. FB… 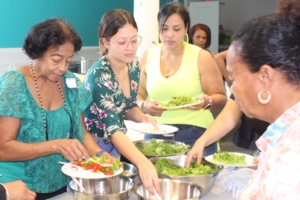 Adults are invited to this FREE online English class. Each week we read, write, and speak in English--and cook a meal together (at our own homes, connected through videocall).  …

Adults are invited to this FREE online English class. Each week we read, write, and speak in English--and cook a meal together (at our own homes, connected through videocall).  …

This neighborhood developed in the 19th century as a region of multiplying industry. Hardwick and Magee had a carpet mill at 7th and Lehigh. The world-famous Stetson Hat Factory at 5th and Montgomery, which closed in 1971, was once the city's largest employer. However, as early as the late 1930's, the area's industry started to move south and jobs disappeared.

The Lehigh Avenue Branch of the Free Library, built with funds from philanthropist Andrew Carnegie, opened on November 20, 1906. Within a few days, the neighborhood children had "practically wiped the children's department out of existence" by checking out so many books. At the time, this white limestone Grecian-style building was the largest library in Pennsylvania, and the large lecture hall in the basement was used for lectures and story hours.

The branch was saved from a planned relocation in the mid-sixties and was instead rehabilitated in 1967, and again in 1997 as part of the "Changing Lives" campaign, which refurbished branches and brought Internet service to every library. During this renovation, the original chandeliers were refurbished.

Lillian Marrero Library was designated a Zone of Peace in 2018 by the Religious Leaders Council of Greater Philadelphia for its work in answering the call to stop violence by “making our homes and neighborhoods zones of peace free from fear, filled with respect, and marked by deeds of kindness."