October 25 marked St. Crispin’s Day, a once-observed feast day, which is also claimed to be the day of the famed Battle of Agincourt—the great battle of Englishmen led by King Henry V against the much-greater-numbered French army.

And Crispin Crispian shall ne'er go by
From this day to the ending of the world,
But we in it shall be remembered—
We few, we happy few, we band of brothers.

And on this great historical day, I, too, joined a “happy few”—in completing the full canon of Shakespeare’s 38 plays. A “mind marathon” I embarked on in 2009, this journey through 14 comedies, 10 tragedies, 10 histories (including seven Henry plays), and four romances was truly a joy.

The first year of this self-challenge I read 18 plays, eager to tackle this reading project as I had physical challenges—which is to say, knocking down one milestone after the next, eager to progress. But I soon realized that I wanted to savor this experience a little more, and I knew that the more quickly I read, the sooner I would eventually come to the end. Which was, of course, the goal … yet this experience was not so different from binging all five seasons of Breaking Bad, only to miss these amazing characters and this amazing storytelling once it was all over. Even while I pushed forward, I didn’t want to reach this final Shakespeare frontier.

But on I pushed, each year tackling a few more—some revisits from high school and college, some entirely new for me—and saving the Henry VI trilogy and Coriolanus for last. (Not quite the best for last, but plays about which I knew very little and could truly savor for solely what was on the page.)

So here I am, 38 plays read, 31 seen live. What have I gained for it, you may ask? Overall, I found that reading these beautiful words, even when they told of the most tragic of tales, lit up my mind and my soul—a feeling supported by actual brain research! I also learned an incredible amount about the history and values of the Renaissance—a time that found a way to achieve a great deal without sacrificing the arts. And I read some of the most lively, funny, cautionary, caustic, memorable characters and tales that exist in our literary canon.

So … what’s next? I do still have the Bard’s sonnets and narrative poems to tackle. But I think I would like to begin another mind marathon anew. Any suggestions? 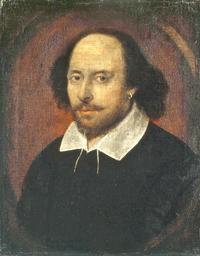 William Shakespeare wrote (in some cases co-wrote) 38 plays - and I have read each and every word!
Beginning in 2009, I kept tally of my reading feats (which were initially in competition with a coworker).
Add a Comment