Before the Re-Read...
To be honest, I can’t even remember what grade I was in when I first read this book. It was either third or fourth, a time at which I still was a non-reader. I read the books I was assigned in class, and that was it. All I remember of Where the Red Fern Grows is crying while reading it in class and trying to hide that fact. I know there were two dogs, both of which I believe die at the end, and where they are buried a red fern grows. That’s it!

When I thought about which book to re-read, I came to the realization that all of the books I remember reading in 3rd through 6th grade were sad and made me cry. These included The Bridge to Terabithia by Katherine Paterson, Number the Stars by Lois Lowry, Tuck Everlasting by Natalie Babbitt, and Where the Red Fern Grows. As a children’s librarian, I’ve re-read a lot of childhood classics, so choosing a book for this was not easy. Mainly the reason I chose to re-read Where the Red Fern Grows is because it was between that or Hatchet by Gary Paulsen, and I’m not too eager to jump back into that.

Here’s hoping that I don’t have to hide my crying while on the reference desk!

After the Re-Read...
Wow, that was boring! I guess since I read it so long ago and it has a tragic ending (don’t worry, I won’t give too many spoilers!), that’s all I focused on. The language of the story is definitely very different from the books being published now; it’s more formal, even if the main characters are very rural and poor. There is some action, but for the most part it’s a story that tells and doesn’t show. Given the time period and where it takes place, there isn’t much for Philadelphia kids to relate to, which could make it a really hard sell. I don’t believe I’ll be revisiting this story for a third time, especially given all the wonderful new books I have the chance to read! 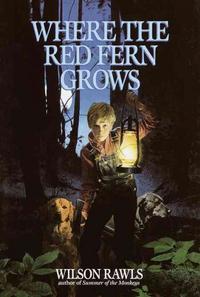 Where the Red Fern Grows by Wilson Rawls 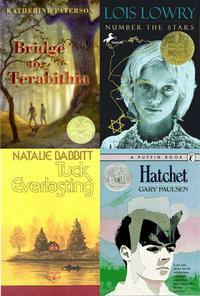