2018, it’s been quite a year, am I right? I know that by this point every year we’re all like, “WOW, what a year!”, but this year especially feels like we are on track for record length. So in this, possibly the longest year ever, it feels like it's time for some light entertainment.

Maybe you are the kind of person who loves to relax while watching the Hallmark Channel’s "Countdown to Christmas" movies and you are looking to enjoy that same fuzzy-warm feelings in portable book format? But maybe instead of "driven career woman finds love in a small town", or "busy single mom finds love in a small town", or the ever popular, "he's not mean, he just needs to get that holiday spirit and fall in love with the driven career single mom"... it was "teens falling in love for the first time!", "teens save Santa (and the earth)!", or my personal favorite—"teens brought together through a series of hijinks and even though they have seemingly different interests, they fall in love anyway"!

If those sound like the kind of stories you could be into, check out some of these very comforting and undemanding young adult novels: 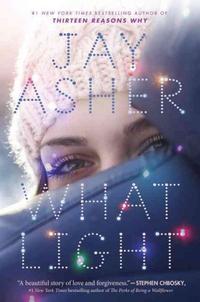 What Light by Jay Asher
Sierra's family runs a Christmas tree farm in Oregon—it's a bucolic setting for a girl to grow up in, except that every year, they pack up and move to California to set up their Christmas tree lot for the season. So Sierra lives two lives: her life in Oregon and her life at Christmas. And leaving one always means missing the other. Until this particular Christmas, when Sierra meets Caleb, and one life eclipses the other. By reputation, Caleb is not your perfect guy: years ago, he made an enormous mistake and has been paying for it ever since. But Sierra sees beyond Caleb's past and becomes determined to help him find forgiveness and, maybe, redemption. As disapproval, misconceptions, and suspicions swirl around them, Caleb and Sierra discover the one thing that transcends all else: true love. 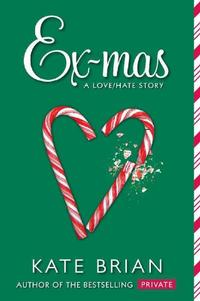 Ex-Mas by Kate Brian
Seventeen-year-old Lila Beckwith's parents just left for vacation, and Lila's all set to throw the holiday party of the season. But when her Christmas-obsessed little brother, Cooper, discovers that global warming is melting the North Pole, he and his best friend, Tyler, take off on a runaway mission to save Santa. Lila has to get Cooper home safely before her parents get back on Christmas Eve. But the only person who can help her is Tyler's older brother, Beau  a.k.a. Lila's musician, anti-everything ex-boyfriend. It'll take more than a Christmas miracle for Lila and Beau to overcome their differences and find their fugitive brothers. But could a journey destined for disaster help these polar opposites fall in love... all over again? 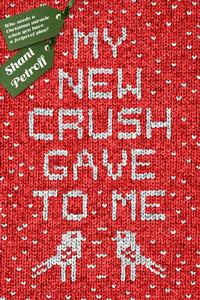 My New Crush Gave to Me by Shani Petroff
Charlotte Charlie Donovan knows exactly what she wants for Christmas: Teo Ortiz. He's the school's star athlete, in the National Honor Society, invited to every party, contributes to the school paper (where Charlie is co-editor), and is about to be featured as One to Watch in a teen magazine. Basically, he's exactly the type of guy Charlie's meant to be with. The only problem is he barely knows she exists. But Charlie is determined to be Teo's date to the Christmas ball. And she has a plan: to rig the paper's Secret Santa so that she can win his heart with five perfect gifts. But to do that she needs help. Enter J.D. Ortiz: Teo's cousin, and possibly the most annoying person on the planet. He's easy going, laid back, unorganized, spontaneous, and makes a joke out of everything, the exact opposite of Charlie (and Teo). But he's willing to provide insight into what Teo wants, so she's stuck with him. Yet, the more time Charlie spends with J.D., the more she starts to wonder: Does she really know what, or rather who, she wants for Christmas? 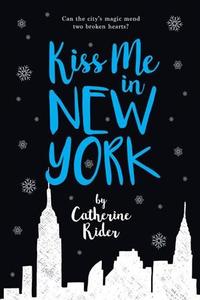 Kiss Me in New York by Catherine Rider
It's Christmas Eve at JFK in NYC. Charlotte is a British student, waiting for a flight home after the worst semester of her life. Anthony is a native New Yorker, surprising his girlfriend at the airport after three months apart. Charlotte has just been dumped, and Anthony is about to be dumped, right in the middle of the holiday crowd. Charlotte's flight is canceled when a blizzard blows in, and Anthony can't bear to go home. So, they set out into the city together, clutching a book Charlotte picks up in the airport gift shop: Ten Easy Steps for Getting Over Your Ex. For this one night, they'll focus on healing their broken hearts... together. Step-by-step, the two struggle to put the past behind them. But the snow is so enchanting, and the holiday lights are so beguiling, that soon their shared misery gives way to something else. Soon, they're not only over their exes—they're falling for each other. Then a subway ride splits them up by mistake. Will they reunite before Charlotte's flight and she leaves New York forever? 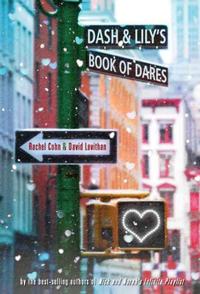 Dash and Lily’s Book of Dares by Rachel Cohn and David Levithan
Lily has left a red notebook full of challenges on a favorite bookstore shelf, waiting for just the right guy to come along and accept its dares. But is Dash that right guy? Or are Dash and Lily only destined to trade dares, dreams, and desires in the notebook they pass back and forth at locations across New York? Could their in-person selves possibly connect as well as their notebook versions? Or will they be a comic mismatch of disastrous proportions? 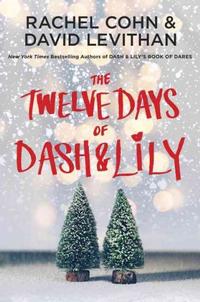 If you can’t get enough of Dash and Lily after your first read, you are in luck—there is a sequel!
The Twelve Days of Dash and Lily
Dash and Lily have had a tough year since they first fell in love among the shelves of their favorite bookstore. Lily’s beloved grandfather suffered a heart attack, and his difficult road to recovery has taken a major toll on her typically sunny disposition. With only twelve days left until Christmas—Lily’s favorite time of the year—Dash, Lily’s brother Langston, and their closest friends must take Manhattan by storm to help Lily recapture the unique holiday magic of a glittering, snow-covered New York City in December.

Not feeling cozy yet? Check out more Cozy Teen Reads for Winter