The Poets of WW1

As long as there has been war, there’s been writing about war, whether in poetry or prose, exploring not only its glory and valor but its brutality and cost. "The Great War"—what we now call World War I—as no different in that it birthed many war poems and war poets such as Wilfred Owen, Siegfried Sassoon, Robert Graves, and Isaac Rosenberg, many of whom wrote about their experiences firsthand while fighting in the trenches. Their eyewitness accounts of the then-unknown carnage and consequences of modern warfare, with its chemical weapons and the sky becoming a new front of airborne war, stand alone in the history of poetry—a window on a rapidly changing era of history that changed the poets as well. 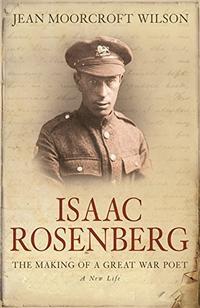 One of the war’s more unique poets was Isaac Rosenberg. Born into poverty, he grew up in the Jewish section of London’s East End. His talent as an artist led to attendance at the prestigious Slade School of Art, yet ill health led him to seek warmer climates with his sister and brother-in-law in South Africa when the war broke out. A pacifist, he ran away and joined the British Army as a means to help support his family. He spent 21 months at or near the front, never accepting a commission and was killed in action during the Spring Offensive of 1918. He describes life on the frontlines in his poem, "Break of Day in the Trenches":

The darkness crumbles away.
Its is the same old druid Time as ever,
Only a living thing leaps my hand,
A queer sardonic rat,
As I pull the parapet’s poppy
To stick behind my ear. 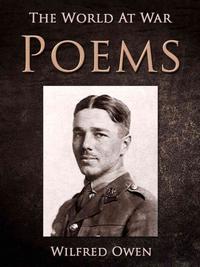 Like Rosenberg, Wilfred Owen did not survive the war. His poems reflect the multitude of experiences soldiers faced, including what we now know to be PTSD, but at the time was known as "shell shock". Other poets, all the way back to the Epic of Gilgamesh, describe its effects, but it is particularly poignant in his poem, "Mental Cases":

…Always they must see these things and hear them,
Batter of guns and shatter of flying muscles,
Carnage incomparable, and human squander
Rucked too thick for these men’s extrication. 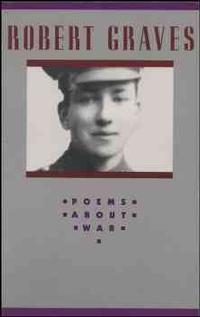 Robert Graves would write of shell shock and its effects after the war in his poem "Haunted":

I met you suddenly down the street,
Strangers assume your phantom faces,
You grin at me from daylight places,
Dead, long dead, I’m ashamed to greet
Dead men down the morning street. (ll. 6-10)

After the war, these poets took different paths. Some wrote memoirs, some taught at universities. Yet, the legacy of their experiences is remembered as we conclude the final centennial of World War 1.

We often only think about the historian or the general as having the “correct” account of military history. But the contributions of poets, and the unique view they bring to trying circumstances, is also a valid source. Today we can know what it was like to be at the frightening and terrible edge of modernity’s inventions used for slaughter thanks to these poetic insights.

The Parkway Central Library hosted a reading of the War Poets on the evening of December 10, 2018. The following is an audio recording of poet Ernest Hilbert reading samples of some of the above mentioned poets’ works: 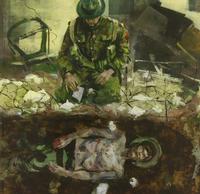 Parkway Central Library hosted a reading of War Poets back in December.
Add a Comment