As the sun has set on 2018, let’s cast our gaze ever forward to a new year and a new author events schedule. Over here in Author Events, people have been asking, "Hey! What’s on tap for Spring 2019?" and "When does the new schedule come out?" and also, “When do tickets go on sale?” So Merry Everything and Happy New Year, because here’s a preview of just some of the events you shouldn’t miss in the first half of 2019!

And just to save you a click or two, our schedule is already out now on the Free Library’s website @ freelibrary.org/authorevents. Tickets go on sale to the public on Friday, January 4 at 10:00 a.m.

Let’s start with some of the authors with connections to Philadelphia who are making waves on national and even international stages (there are several in addition to the following few). First up, Feminista Jones is a Philly-based social worker, public speaker, community activist, and blogger. Oh, and she was named to this Philadelphia Magazine list. Pretty rarified air. She’ll be here on February 5 to discuss her new book, Reclaiming Our Space: How Black Feminists Are Changing the World from the Tweet to the Streets, along with Damaris B. Hill, author of A Bound Woman is a Dangerous Thing. We’re also hosting Jane Brox, whose book, Silence: A Social History of One of the Least Understood Elements of Our Lives, traces the complex culturally transformative power of the concept of complete quiet. Did you guess the historic Philly connection yet? Here’s a hint: 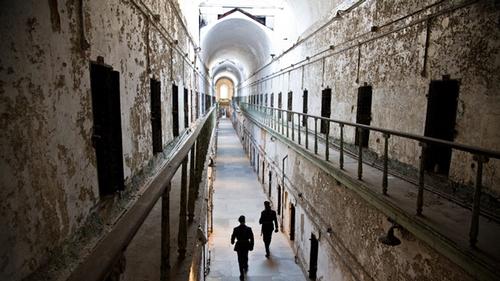 That’s right, Brox writes extensively about Eastern State Penitentiary in her new book, wherein complete silence was used, very unsuccessfully as it was eventually realized, to encourage inmates to repent for their sins and reflect on their crimes in total isolation.

Now a genre that’s dear to us: literary fiction. In this regard, spring 2019 will be one for the books (no one ever accused of us being too good to make puns). First off, in January we’re hosting Kristen Roupenian and her debut story collection, You Know You Want This. Her out-of-nowhere "Cat Person", dubbed "the story that launched a thousand theories" by The Guardian, made mega-waves when it was published last year in The New Yorker. Join us! You’ll have a feline time. We’re also VERY excited for Amy Hempel to grace our stage. Here’s what you need to know:

On February 26, we’re hosting Sigrid Nunez, winner of the 2018 National Book Award for The Friend, "a penetrating, moving meditation on loss, comfort, memory" (NPR) in which a woman is forced to adopt her deceased best friend’s Great Dane. Here’s a profile of Nunez and her unlikely but deserved late-in-career writing success. Oh, and this one is a two-for-one, as she’ll be here with Keith Gessen, author of A Terrible Country. Don’t miss this one! Last up in the realm of fiction, we just have to mention Don Winslow. A former investigator, trial consultant, and anti-terrorist trainer, he’s the author of dozens of crime novels, including Savages, for which he wrote the screenplay for the Oliver Stone-directed film adaptation of the same name. His latest novel is The Border, the long-awaited final installment in his epic Cartel trilogy, a blood-soaked and researched deep dive into the realities of the War on Drugs. Esquire calls the series "an epic, gritty south-of-the-border Godfather for our time." Two of the three members of the author events staff are HUGE fans of these books. We’ll let you guess which.

It wouldn’t be a true-blue (and red) author events season without a wide variety of political events. Three names we’d be remiss in not mentioning. First, Valerie Jarrett. If she sounds familiar it’s because she was Barack Obama’s longest serving advisor, present for some of the most consequential moments of his eight-year presidency. She’ll be here to discuss them, along with many of the other details of her inspirational life, when she presents her memoir, Finding My Voice, on April 3. 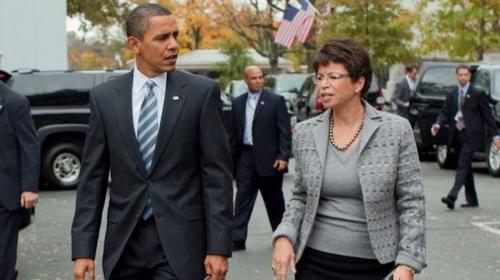 Second, we’re hosting South Bend, Indiana Mayor Pete Buttigieg, thought to be a future player on the national political scene. A Rhodes Scholar, Harvard grad, and veteran of the war in Afghanistan, he left a job in the corporate world to turn around his decaying hometown. Since then he’s made it a beacon of economic development and revitalization, inspired other communities, and found love and acceptance as an openly gay man. Hear the incredible story in his new book, Shortest Way Home, on February 19 and at some future date you can tell your friends you knew him when. And third, returning to our stage on February 14, it’s "perhaps the most prominent intellectual in France today" (The Boston Globe), Bernard-Henri Lévy. One of the founders of the revolutionary "New Philosophy" movement in the 1970s, Lévy continues to be one of the leading French political minds. His new book is called The Empire and the Five Kings, which offers an urgent warning about the power vacuum created by the United States’ withdrawal from world leadership and the ambitious former empires seeking to fill it. Okay, yes, it sounds a bit dire, but admit it, you’re intrigued. So are we.

You want fascinating odds and ends? How about a cautionary tale from an unlikely nuclear regulator, two unique events with former inmates who will tell their stories of redemption and transcendence, ominous visions of the future from a collection of literary prognosticators, two culinary events with one of America’s most popular Italian chefs and a self-made former Top Chef star, nonfiction by a man who talks to animals (sorta), the courageous former president of Planned Parenthood, the barrier-shattering Obama-era inaugural poet, and lessons in joy from Dave Barry’s dog (seriously)? You’re in luck, Philly!

Starting January 14 and going through late May, this author events season has all of the above eclectic goodness and so much more! Join us, won’t you?

If you like what you hear above, you can browse, download, stream, and listen to more than 1,700 Author Event podcasts from our extensive archive!

You can always keep up to date on future Free Library Author Events by signing up for our email list, following us on social media via Facebook, Twitter, and Instagram, and by subscribing to Author Event Podcasts via iTunes.

And don't forget you can stream Author Event podcasts—which just so happens to have been named one of The Best Philly Podcasts of 2018!—directly from our website with our streaming player, watch Livestream videos of past Author Events, and go backstage and behind-the-scenes with our video series 20th & Vine! 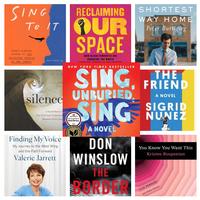 Some of the highlights from our 2019 Author Events lineup! 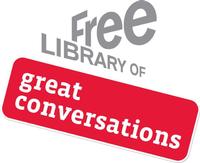 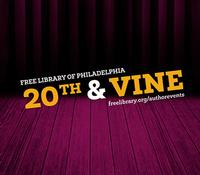 Go backstage and behind-the-scenes with our video series 20th & Vine!
Add a Comment