Ah mothers and motherhood – such a beautiful and serene time, where everything is so easy and uncomplicated, right? Ha! All of the moms I know, including my friends, coworkers, and even my own mother have assured me that it is… well, more complicated that the pictures often presented. Not being a mother myself, my entry point into the discussion has been graphic novels. Recently there have been a number of women writing candidly about their experiences with pregnancy, miscarriage, motherhood, and everything in between. I highly recommend any and all of these titles and then maybe call or write your mom if you are lucky enough to have them in your life! 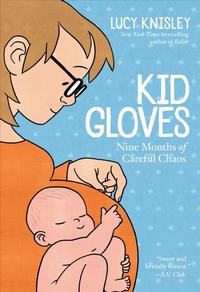 Kid Gloves by Lucy Knisley
If you work hard enough, if you want it enough, if you're smart and talented and "good enough," you can do anything. Except get pregnant. Her whole life, Lucy Knisley wanted to be a mother. But when it was finally the perfect time, conceiving turned out to be harder than anything she'd ever attempted. Fertility problems were followed by miscarriages, and her eventual successful pregnancy plagued by health issues, up to a dramatic, near-death experience during labor and delivery. This moving, hilarious, and surprisingly informative memoir not only follows Lucy's personal transition into motherhood but also illustrates the history and science of reproductive health from all angles, including curious facts and inspiring (and notorious) figures in medicine and midwifery. 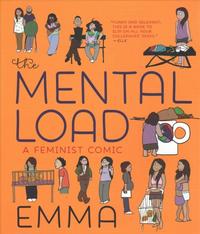 The Mental Load by Emma
In her first book of comic strips, Emma reflects on social and feminist issues by means of simple line drawings, dissecting the mental load, i.e. all that invisible and unpaid organizing, list-making and planning women do to manage their lives, and the lives of their family members. Most of us carry some form of mental load—about our work, household responsibilities, financial obligations, and personal lives; but what makes up that burden and how it's distributed within households and understood in offices is not always equal or fair. In her strips, Emma deals with themes ranging from maternity leave (it is not a vacation!), domestic violence, the clitoris, the violence of the medical world on women during childbirth, and other feminist issues, while doing so in a straightforward way that is both hilarious and deadly serious. 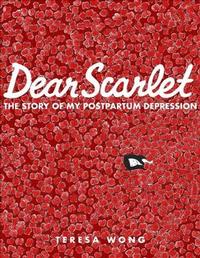 Dear Scarlet: The Story of My Postpartum Depression by Teresa Wong
In this intimate and moving graphic memoir, Teresa Wong writes and illustrates the story of her struggle with postpartum depression in the form of a letter to her daughter Scarlet. Equal parts heartbreaking and funny, Dear Scarlet perfectly captures the quiet desperation of those suffering from PPD and the profound feelings of inadequacy and loss. As Teresa grapples with her fears and anxieties and grasps at potential remedies, coping mechanisms, and her mother's Chinese elixirs, we come to understand one woman's battle against the cruel dynamics of postpartum depression. A poignant and deeply personal journey through the complexities of new motherhood, this book offers hope to those affected by PPD, as well as reassurance that they are not alone. 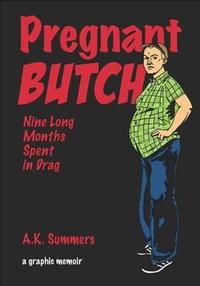 Pregnant Butch by A.K. Summers
First pregnancies can be a fraught, uncomfortable experience for any woman, but for resolutely butch lesbian Teek Thomasson, it is exceptionally challenging: Teek identifies as a masculine woman in a world bent on associating pregnancy with a cult of uber-femininity. Teek wonders, "Can butches even get pregnant?" Of course, as she and her pragmatic femme girlfriend Vee discover, they can. But what happens when they do? Written and illustrated by A.K. Summers, and based on her own pregnancy, this graphic novel strives to depict this increasingly common, but still underrepresented experience, of queer pregnancy with humor and complexity—from the question of whether suspenders count as legitimate maternity wear to the strains created by different views of pregnancy within a couple and finally to a culturally critical and compassionate interrogation of gender in pregnancy. Offering smart, ambitious art, this graphic memoir is a must-read for would-be pregnant butches and anyone interested in the intersection of birth and gender, as well as a perfect queer baby shower gift and conversation starter for those who always assumed they "got" being pregnant.

Thank you to all of the women who have raised and mentored and taken care of us along the way!

Did I miss a favorite mom-related graphic novel? Let me know in the comments! 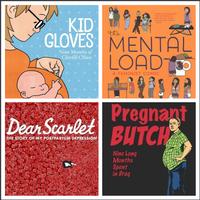 Check out these candid graphic novel memoirs about motherhood!
Add a Comment