In celebration of Independence Day, let’s take a look at one of America’s greatest national monuments: The Statue of Liberty. Recognized internationally as a symbol of freedom, it is a powerful representation of our country and the best it has to offer.

These picture books are a great way to introduce the art, history, and meaning of The Statue of Liberty to your little ones: 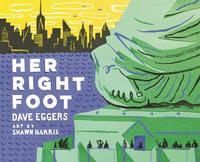 Her Right Foot written by Dave Eggers and illustrated by Shawn Harris
In this honest look at the literal foundation of our country, Dave Eggers and Shawn Harris investigate a seemingly small trait of America's most emblematic statue. What they find is about more than history, more than art. What they find in the Statue of Liberty's right foot is the message of acceptance that is essential to an entire country's creation. 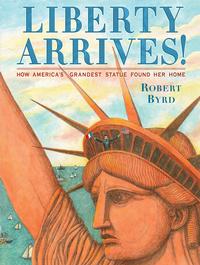 Liberty Arrives!: How America’s Grandest Statue Found Her Home by Robert Byrd
America’s most iconic national symbol was a gift from France to the United States—provided America raised the money for the pedestal on which it was to stand. Urged on by the publisher Joseph Pulitzer, it was raised, largely with the help of children, in the first example of a crowd sourced fund-raising campaign. This book tells the story of the best gift ever: how it was designed, created, transported, and then finally erected on its pedestal in the entrance to New York Harbor. 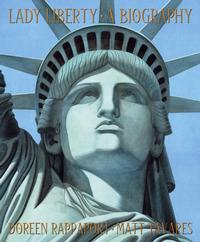 Lady Liberty: A Biography written by Doreen Rappaport and illustrated by Matt Tavares
It begins in 1865 as a romantic idea, but ten years later Édouard Laboulaye’s dream catches fire and takes shape. Sculptor Auguste Bartholdi gives the dream the form of a lady, holding a torch to "enlighten the world." Engineers, plasterers, carpenters, coppersmiths—many of them immigrants—work together to turn the lady into a monument over 100 feet tall. Joseph Pulitzer calls on readers to help fund a pedestal, and hundreds send in nickels, dimes, and even roosters for the cause. Doreen Rappaport’s historically accurate, poetic vignettes and Matt Tavares’s magnificent images remind us of the true origins of a national symbol—and show that it took a lot of people to make the Lady.

Visit your local neighborhood library to find these books and more!