The work of two scholars has led to the astounding discovery that a Shakespeare First Folio housed in the Free Library of Philadelphia’s Rare Book Department likely belonged to English poet John Milton (1608–1674). The assertion was published in a recent article in The Guardian citing the two scholars, who hail from the United States and the United Kingdom.

Clare M.L. Bourne, an assistant professor of English at Pennsylvania State University, has worked extensively with the Free Library’s First Folio and published a recent article on its interesting marginalia, or markings and notes written throughout the book by former owner(s). Jason Scott-Warren, of the Centre for Material Texts at the University of Cambridge, England, picked up on the article, and days ago made the striking claim—by analyzing the unusual subject of the notes in the volume, as well as comparing its distinctive handwriting—that the book was once owned by Milton. Scholars from around the globe have joined in the conversation, lending credence to the discovery by finding additional points of comparison.

To celebrate this exciting news, the Rare Book Department will display its First Folio for public viewing for a brief time, from September 16 – October 19. The volume will be on display with other items related to William Shakespeare and John Milton, including a first edition of Milton’s masterwork Paradise Lost. The First Folio was last displayed at the Free Library in 2014, when it was featured in the Shakespeare for All Time exhibition celebrating the author’s 400th birthday.

Of the 750 First Folios that were originally printed in 1623, only 235 remain, and the Free Library’s is one of about 40 complete copies in the world. The Folio contains the collected works of Shakespeare, many of which survive today because of their appearance in this volume.

The Free Library’s copy of the First Folio has long been celebrated for its notable marginalia, which include markings that attempt to correct perceived errors in the text, others that highlight key passages, and still others that point out textual variants, as well as sources for some of the passages. This same marginalia now suggests the volume’s unique provenance.

The most telling evidence in favor of Milton being the author of the marginalia is not a single line, but rather the accumulation of small similarities. Paleography, or the study of old handwriting, trains scholars to spot unique features of letter forms or abbreviations, and close comparison of examples in the Free Library’s Folio match those in known manuscripts and notes written by Milton.

The Free Library’s Special Collections—including the holdings of the Rare Book Department—enhance the educational mission of the Free Library of advancing literacy, guiding learning, and inspiring curiosity, by assembling and making accessible historic materials, providing reliable and knowledgeable research services, and offering instructional programs that promote understanding of our shared cultural heritage. The Free Library is dedicated to bringing these objects to life through public programs at the Parkway Central Library and in neighborhood libraries throughout the city.

The Rare Book Department is also home to Second, Third, and Fourth Folios, which were all the gift of P.A.B. Widener II and his sister, Mrs. Josephine Widener Wichfield, in memory of their father, Joseph E. Widener. The gift was arranged in 1945 by Philadelphia bookseller A.S.W. Rosenbach—founder of what is now The Rosenbach, the formal partner of the Free Library—who in his career bought and sold six First Folios.

The Folio can be viewed from September 16 through October 19 in the Rare Book Department, located on the Third Floor of the Parkway Central Library, and open to the public from 9:00 a.m. to 5:00 p.m. Monday through Saturday, with a guided tour of the department’s general collections at 11:00 a.m. For more information about the department, please visit freelibrary.org/rarebooks. 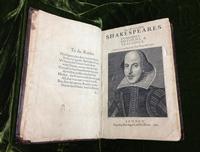 This rare Shakespeare First Folio will be on public view in our Rare Book Department for a brief time, from September 16 – October 19, 2019. 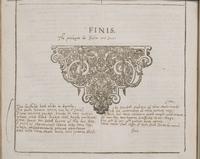 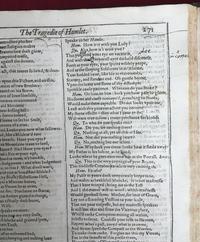 Notes from Milton on Hamlet from Shakespeare First Folio
5 Comments | Add a Comment
My Cousin just posted on this same article this morning, i commented on her post. She lives in Toronto, just saying a co-incidence?
Kathleen Lydon - Philadelphia
Awesome. Great for the library, great for the city.
Glenn - Manayunk
Keep up the good work! I learn so much from your collections.
Rachel Hayes - Philadelphia
*Everything* about this story is remarkable, and becomes moreso over time. For instance, the implications of this discovery to understanding Shakespeare's more specific influence on Milton - i.e., Milton didn't merely read him but read him so intensely that he had alt endings or trajectories for some of the plays. Surely the role of the very modern social media - and the oftentimes dismissed Twitter - in bringing this to a discoverable moment. And then the simple place of purpose of intensely focused scholarship and how that can yield - as it did here - to far larger illuminations. Just a great moment for all involved, but most especially to the Rare Book Department for taking such great care of this treasure and knowing when to make it available to the right eyes. Just a glory, this thing.
Ed Dougherty - Center City
Yes-- Just a glory, this thing.! I've seen many rare exhibits over msny years; thank you for enriching my life, and stay well and keep on being happy. We need you. Could you put the 1st folio on line, pointing out the connection to Milton?
Richard Frey - Philadelphia - the Devil's Pocket