Explore Your Love of Books and Find Your Next Favorite!

After finally graduating this year, I didn’t think that I would ever want to read another book again. Being assigned books to read that are of little interest to you tends to ruin the desire to do so at your leisure. Oddly enough, as soon as I was finished school, I picked up a book by choice... 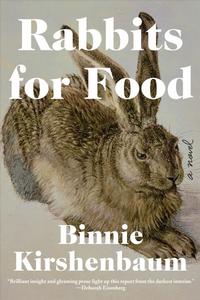 The first book I opened up and began to read was Rabbits for Food by Binnie Kirshenbaum. I flew through it and absolutely loved it. It’s about a woman dealing (or not dealing) with her depression until she is finally forced to check into a mental health facility where she meets other people just like her. The book also follows her long-suffering, but loving husband, who finds his own ways to deal. 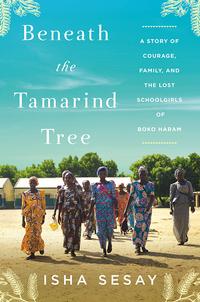 Next, was Beneath the Tamarind Tree by former CNN International anchor Isha Sesay. The book details the journey of the 276 schoolgirls kidnapped by the terrorist group, Boko Haram in Nigeria. She also discusses how social media played a part in bringing this story to the mainstream, the #BringBackOurGirls hashtag, and how the world eventually moved on. By the way, it is five years later, and 112 girls are still missing. ONE HUNDRED AND TWELVE... 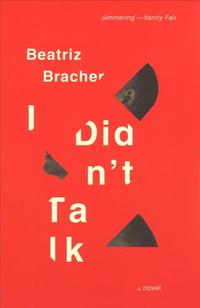 Right after that, I dove into I Didn’t Talk by Beatriz Bracher. It’s about Gustavo, a professor in Brazil who was arrested in the 1970s along with his brother-in-law, Armando, in the midst of political unrest. Armando was killed but Gustavo was set free, and people are unsure if that means that he gave up information that put his comrades in danger. I honestly could not wait to finish this book—I hated it. The description of the book sucked me in, but in the end, I was completely let down. 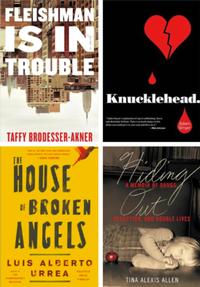 After that, it was Fleishman Is In Trouble by Taffy Brodesser-Akner, Knucklehead by Adam Smyer, The House of Broken Angels by Luis Alberto Urrea, and finally, Hiding Out: A Memoir of Drugs, Deception, and Double Lives by Tina Alexis Allen.

Since May, I’ve read 7 books. That may not be a big deal for some of you bibliophiles out there, but for ME, it is a new record!

What I’ve learned from this year of leisure-reading is that as a book lover, you are always taking a chance when choosing a new book to sit with for the next few days, weeks, or months. For me, choosing a book is a very personal and important process. You are diving into someone’s story, spending time with the characters, and becoming intimately familiar with them. You find yourself caring about or despising certain characters and you may even take sides. I think that is why we feel let down when a book underwhelms us and doesn’t deliver. But how exhilarating is it when we find a gem, that we will quote forever and dog-ear the pages? Your next favorite is out there somewhere waiting for you. Go explore!

Saturday, November 2 is National Book Lovers Day. What book will you be celebrating with?

Books and a heart-shaped bookcase—the perfect pairing!
1 Comment | Add a Comment
This is so inspiring! I hope I, too, can return to pleasure reading when I'm through with grad school.
Jamie - Philadelphia