Have a genuine interest in reading about women who have influenced history from the Martha Washingtons and Madame Walkers to the Curies and the Clintons? Don’t have time to get into a detailed biography? Need something short for a brief school report and you want to impress your teacher? The Free Library has just what you need! Here are five anthologies for young readers, brief but bursting with basic facts, about 65 interesting women you’ll be glad you got to know during Women's History Month. 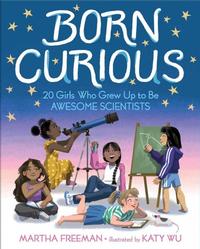 Born Curious: 20 Girls Who Grew Up to Be Awesome Scientists written by Martha Freeman and illustrated by Katy Wu
A collective biography of 20 groundbreaking women in science. An inspiring look at women who realized curiosity plus tenacity equals success. 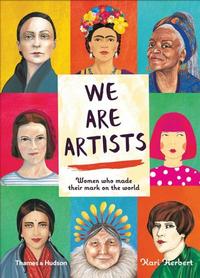 We are Artists: 15 Women Who Made Their Mark on the World by Kari Herbert.
This inspiring collection of remarkable women artists is perfect for readers who may have previously found art Inaccessible or hard to understand. 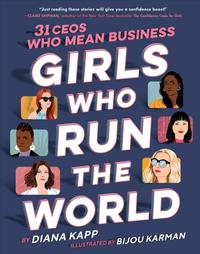 Girls Who Run the World: Thirty CEOs Who Mean Business written by Diana Kapp and illustrated by Bijou Karman.
Part biography, part business how-to, and entirely empowering, this book is for all the future entrepreneurs out there. With colorful portraits, fun interviews, and DIY tips, this title features the success stories of 31 leading ladies of today.

And for those wanting more than an anthology but less than a history book: 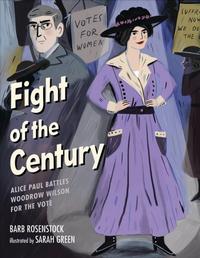 Fight of the Century: Alice Paul Battles Woodrow Wilson for the Vote written by Barb Rosenstock and illustrated by Sarah Green.
A lively, inspiring depiction of an indomitable fighter for women's rights. Using a framework based on boxing match rounds, Rosenstock describes the pitched battle between two complicated historical figures. Alice Paul, a fierce advocate for the passage of the 19th Amendment, granting women the right to vote, faces the conservatism of President Woodrow Wilson, who blocked the amendment for years (it was ratified in 1920). 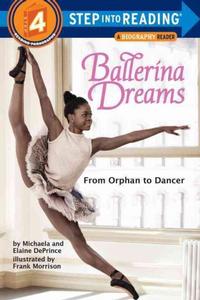 Ballerina Dreams: From Orphan to Ballerina written by Michaela DePrince and Elaine DePrince, illustrated by Frank Morrison
Michaela DePrince describes how she was sent to an orphanage after her parents died. Later, she and the other girls at her orphanage left the country for the United States, where an American couple adopted both Michaela and her best friend, Mia. Michaela's adoptive mother arranged for the girl to take ballet lessons, and she was an eager student. An engaging story of triumph, ideal for novice readers.

Ask your neighborhood librarian for additional books and resources on women you’re interested in learning more about during Women's History Month! 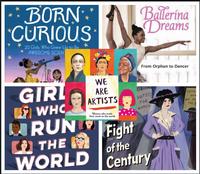 Check out these biographies during Women's History Month!
Add a Comment