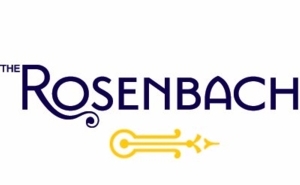 A conversation about the history of Dracula film adaptations between author David J. Skal and Sundays with Dracula host Edward G. Pettit. Skal is the author of numerous books on vampires and horror, including The Monster Show: A Cultural History of Horror and Hollywood Gothic: The Tangled Web of Dracula from Novel to Stage to Screen, and the co-editor of the Norton Critical Edition of Dracula.  Skal is also the author of a brand new book for Turner Classic Movies, Fright Favorites: 31 Movies to Haunt Your Halloween and Beyond. An audience Q&A will follow the conversation. This program will be held on Zoom. After registration, you will receive the link via email.

David J. Skal is one of the world’s preeminent authorities on Bram Stoker, Dracula, and monsters in popular culture. His book Hollywood Gothic: The Tangled Web of Dracula from Novel to Stage to Screen (Norton, 1990) was hailed as “the ultimate book on Dracula” by Newsweek; The Monster Show: A Cultural History of Horror (Norton 1993) has had multiple translations and is widely considered the standard historical and critical survey. As a filmmaker he has written, produced and directed a dozen DVD and Blu-ray documentaries on Universals classic horror and science fiction films as well as a behind the scenes chronicle of the Academy Award winning film Gods and Monsters. He has taught courses based on his books at the University of Victoria and Trinity College Dublin, where he was appointed a Long Room Hub Visiting Research Fellow in support of Something in the Blood: The Untold Story of Bram Stoker (Liveright, 2016), chosen by the Mystery Writers of America as a 2017 Edgar Award finalist for biography and criticism. His latest book, for Turner Classic Movies, is Fright Favorites: 31 Movies to Haunt Your Halloween and Beyond (Running Press, 2020).

You can register for this program here.