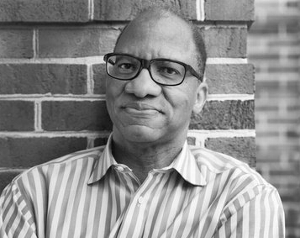 In conversation with Cheryl Boone Isaacs, former head of the Academy of Motion Pictures Arts & Sciences

Writing “with perspective, understanding and compassion to burn” (Chicago Sun-Times), Pulitzer Prize–-nominated journalist Wil Haygood has, over a celebrated 30-year career, worked at the Boston Globe, Washington Post, and as a globetrotting investigative reporter. He is most famous for his 2008 Washington Post article, “A Butler Well Served by This Election,” about Eugene Allen, the White House steward who bore witnessed to some  of the 20th century’s America’s most notable events and figures. He later expanded the article into a bestselling book that was adapted into the critically acclaimed film The Butler, starring Forest Whitaker. Haygood is also the author of popular biographies of Adam Clayton Powell Jr., Sugar Ray Robinson, Thurgood Marshall, and Sammy Davis, Jr. In Colorization he examines a century of racism, artistry, and transcendence through the lens of Black film figures’ struggles on camera and behind the scenes.