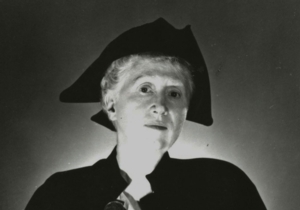 While the later work of the great Modernist poet Marianne Moore was hugely popular during her final two decades in the 1950s and 60s, since her death critics have condemned it as trivial and left it largely unexamined. This book challenges that assessment: with fresh readings of many of the late poems and of the iconic, cross-dressing public persona Moore developed to deliver them, Apparition of Splendor demonstrates that Moore used her late-life celebrity to activate egalitarian principles that had long animated her poetry, in daring and innovative ways. Dressed as George Washington in cape and tricorn and writing about accessible topics, she reached a wide cross-section of Americans, engaging them in consideration of what democracy means in their daily lives, around issues of gender, sexuality, racial integration, class, age, immigration, and species-ism. Always avant-garde, Moore’s work resonates with that of her younger contemporaries, including poets like John Ashbery, Frank O’Hara, Langston Hughes and Elizabeth Bishop, and artists like Andy Warhol, Yoko Ono, and Ray Johnson.