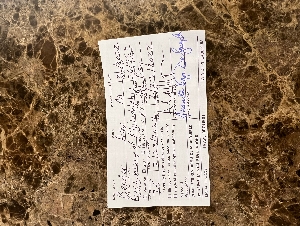 "So Far From God, So Close to the United States: A Mexican Historian's Perspective on U.S.- Mexican Relations"

This program offers a Mexican perspective on the difficult and sometimes contentious relationship between the United States and Mexico.  Our speaker is Dr. Donald F. Stevens, Emeritus Professor of History at Drexel University.  While Don has an Anglo name, he is actually of Mexican heritage.  For starters, Dr. Stevens would like his audience to know that the Mexican civilization, which dates from 1325, is considerably older than our own. In this presentation, Dr. Stevens will explore shifts and changes to the border between the U.S. and Mexico from 1776 to 1854.  He will also discuss the battle over Texas and the U.S. invasion of Mexico from 1846 to 1848.  At the time, Americans were sold the false narrative that Mexican troops had invaded the U.S. first.  This strategy on the part of President Polk outraged many people including a young Congressman named Abraham Lincoln.  Lincoln nearly wrecked his career by demanding to know the exact spot where Mexican soldiers had crossed the border into the U.S.  Dr. Stevens will also discuss 20th and 21st century issues in the American-Mexican relationship.  While this program is free, advanced registration is required.  To Register, please email Dick Levinson at: levinsonr@freelibrary.org

This is a Zoom program sponsored by Central Senior Services