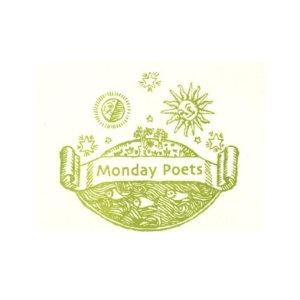 Join us for an evening of beautiful poetry by two stellar poets Liz Chang and Charles Carr.  This vIrtual event is free please register at https://mondaypoets.eventbrite.com.  You will receive a zoom link the day of the the event.

Liz Chang was 2012 Montgomery County Poet Laureate in Pennsylvania. Her poems have appeared in Verse Daily, Rock & Sling, Origins Journal, Breakwater Review and Stoneboat Literary Journal, among others. Her chapbook Museum of Things is forthcoming from Finishing Line Press in early 2023. Her creative nonfiction recently appeared in Oyster River Pages, and her flash fiction has been published internationally. Chang’s translation of Claude de Burine’s work is anthologized in Paris in Our View from l’Association des Amis de Shakespeare & Company.

Charles Carr is a native Philadelphian. Charles was educated at LaSalle and Bryn Mawr College, where he earned a Masters in American History. Charles has worked in social and community development services for 45 years.  Charles has also been active in raising funds for various missions and organizations serving the poorest of the poor In Haiti.  In 2007 Charles was The Mad Poets Review First Prize Winner for his poem “Waiting To Come North”.  In 2009 Cradle Press of St. Louis published Charles's first book of poetry: paradise, pennsylvania. In January of this year, Haitian Mud Pies And Other Poems published by The Moonstone Arts Center was released.  Charles’ poems have been published in various print and on-line local and national poetry journals. Charles is host of Philly Loves Poetry a collaborative live broadcast on the first Tuesday of the month. For five years  hosted a Moonstone Poetry series at Fergie’s Pub on the second Wednesday of each month.    In September 26th 2013 Charles read poems in honor of the international 100,000 Poets For Peace at The Garden of Remembrance in Dublin, Ireland.