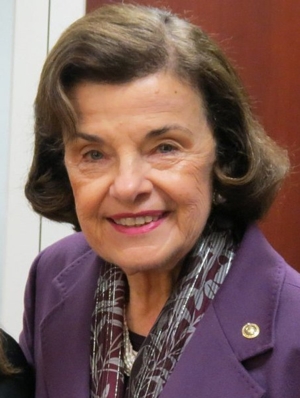 No Easy Answers: The Difficult Case of Senator Dianne Feinstein

Senator Dianne Feinstein (D-CA) has devoted her entire life to public service.  When she entered the U.S. Senate in 1992 at the age of 59, Ms. Feinstein had a reputation as one of the smartest and most capable people in American politics.  As early as 1994, she authored and pushed through to passage an assault weapons ban.  When it expired in 2014, the times had changed and her colleagues were not willing to renew it. She went on to become the only woman in the history of the senate to supervise a presidential inauguration, chair the U.S. Senate Rules Committee and a select committee on intelligence. Today, at age 89, the Senator struggles with memory issues and other deficits associated with dementia. Senator Feinstein has refused to step down.  The U.S. Senate, guided by its own culture and traditions, has refused to remove her.  What should happen now?  Journalist Rebecca Traister of New York magazine joins us to discuss her in-depth research and reporting on a story that speaks volumes about the reality of contemporary politics and the challenges of living longer than ever before in America.  To register for this program, please contact Dick Levinson.  You can email him at: levinsonr@freelibrary.org or call him at: (215) 686-5331.

This is a Zoom program sponsored by Central Senior Services