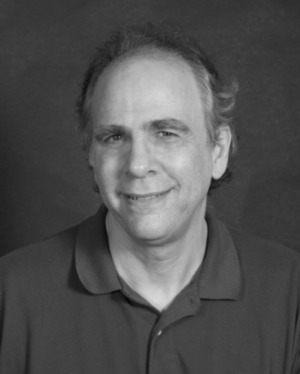 How Plays Get Built

Jeffrey Sweet (Author of Dramatists Toolkit, The Craft of the Working Playwright) will share how plays get built in this talk. This event is both for audiences who want to enjoy the plays they see on a deeper level and for those who are kicking around attempting to write for actors.

Warning: there will be jokes.

This event is free, however, registration is required. Please register at jeffreysweet.eventbrite.com . This event will take place in Room 108. Please enter at the front entrance on Vine Street.

J﻿effrey Sweet is an American writer, journalist, songwriter, and theatre historian. Sweet was a resident member of Chicago's Victory Gardens Theater and has written for musical theatre, as well as television. His work for the soap opera One Life to Live resulted in a Writers Guild of America Award for writing for a daytime serial in 1992 and an Emmy nomination. Under the title of "creative consultant," he also co-wrote the adaptation of Hugh Whitemore's Pack of Lies for the Hallmark Hall of Fame. The script, officially credited to the pseudonym Ralph Gallup, was nominated for an Emmy, and the show won a Peabody Award.

Sweet serves as a lifetime member of the Council of the Dramatists Guild, is a member of Ensemble Studio Theatre, and is an alumnus of New Dramatists. For thirty years (until the pandemic) he contributed a regular column to the magazine, Dramatics. He occasionally contributes to the magazine American Theater.

5:30 P.M.
The Typewriter in the Workplace