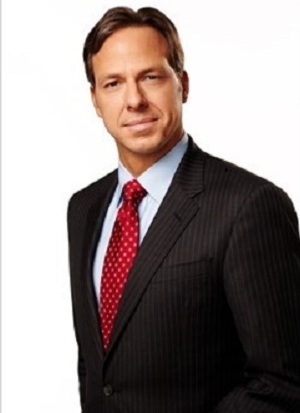 Auditorium sold out. A limited number of simulcast tickets are available.

Jake Tapper is anchor and Chief Washington Correspondent for CNN, where he hosts the weekday program The Lead with Jake Tapper and the Sunday morning show State of the Union. He is the former White House correspondent for ABC News and contributor to Good Morning America, Nightline, and World News with Diane Sawyer. His many honors include an unprecedented three Merriman Smith Awards for presidential coverage. Tapper is the author of The Outpost, the tragic but inspiring true story of a small U.S. military besieged by the Taliban. In The Hellfire Club—his debut political thriller—an unlikely 1950s congressman discovers a D.C. conspiracy that could change the course of history.