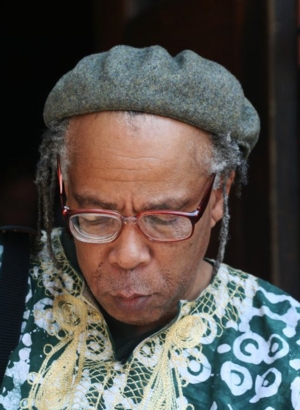 In conversation with Gene Seymour, contributor to The Nation and former film critic and jazz columnist for Newsday. He has written for Bookforum, CNN.com, and The Washington Post.

Author and spoken-word artist Darius James’s 1992 masterpiece, the William S. Burroughs meets Thomas Pynchon meets Ishmael Reed fever-dream Negrophobia, is a raunchy, raucous, headlong dive into the many faces of American racism. With other works including That's Blaxploitation: Roots of the Baadassssss 'Tude, Voodoo Stew, and Froggy Chocolate's Christmas Eve, James is the cowriter and narrator of the of 2013 film The United States of Hoodoo. With a new introduction by film scholar Amy Abugo Ongiri and a new preface by the author, the multi-genre Negrophobia is dire, darkly comic, and more relevant than ever.