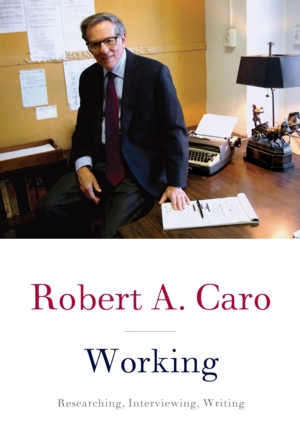 In conversation with Dick Polman, "Writer in Residence" at the University of Pennsylvania, national political columnist at WHYY News and contributor to The Atlantic

Standing at “the summit of American historical writing” (Washington Post), Robert Caro is the author of biographies of New York power-brokering urban planner Robert Moses and Lyndon B. Johnson, the latter of which is part of a multi-volume series on the complicated ex-President. He has earned an astounding two Pulitzer Prizes, three National Book Critics Circle Awards, two National Book Awards, the Gold Medal in Biography from the American Academy of Art and Letters, and in 2010 President Obama awarded him the National Humanities Medal. In Working, Caro reflects on lessons gleaned from researching and writing his watershed books, as well as what it felt like to interview many of the people central to these works.