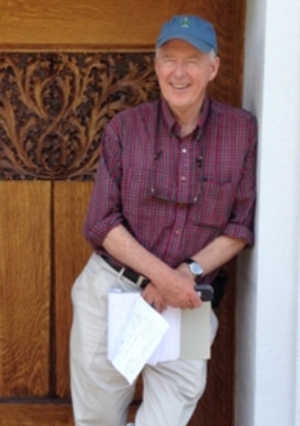 Paul Hendrickson | Plagued by Fire: The Dreams and Furies of Frank Lloyd Wright

Paul Hendrickson’s books include Hemingway’s Boat: Everything He Loved in Life, and Lost, 1934–1961, a National Book Critics Circle Award finalist; Sons of Mississippi, winner of the National Book Critics Circle Award; and The Living and the Dead: Robert McNamara and Five Lives of a Lost War, a National Book Award finalist. A creative writing teacher at the University of Pennsylvania for more than 20 years and a feature writer at the Washington Post for the two decades before that, he has been nominated for the Pulitzer Prize six times. In Plagued by Fire, Hendrickson ventures behind the façade of America’s most iconic architect to reveal a life marked by tragedy and family secrets.