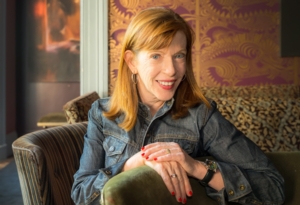 A staff writer for the New Yorker since 1992, Susan Orlean won wide acclaim for the 1998 New York Times bestseller The Orchid Thief, the story of a renegade Florida swamp plant poacher that was adapted into an Academy Award–winning film by Charlie Kaufman and Spike Jonze. Her many other books include Animalish, Saturday Night, and Rin Tin Tin, a nonfiction account of the beloved canine American icon. Orlean’s latest book details the 1986 Los Angeles Public Library fire that consumed hundreds of thousands of books, a story writ small about the larger role this unique institution plays in American life.