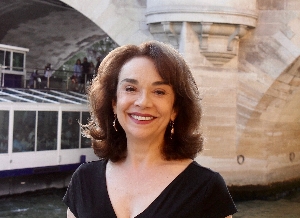 Elaine Sciolino | The Seine: The River That Made Paris

A former Paris bureau chief and contributing writer for the New York Times, Elaine Sciolino is acclaimed for her “deliciously detailed and smart” (Vogue) chronicles of French culture and history. Her books include the bestsellers The Only Street in Paris: Life on the Rue des Martyrs, La Seduction: How the French Play the Game of Life, and Persian Mirrors: The Elusive Face of Iran. In 2010 Sciolino was decorated as a chevalier of the Legion of Honor, France’s highest honor. The Seine plumbs the depths of the romantic river, exposing its long history, colorful characters, and how it made the City of Lights shine so brightly.