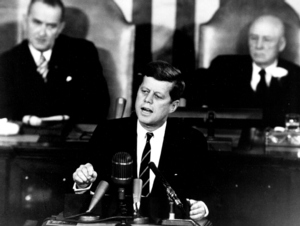 Theories on the Assassination of President John F. Kennedy

Friday, November 22, 2019 marks the fifty-sixth anniversary of the assassination of President John F. Kennedy. Since his death in Dallas, Texas, historians, conspiracy theorists, authors, scientists, and curious thinkers have researched, analyzed, argued, and discussed the details of President Kennedy’s death – particularly the particulars of who was responsible. In observance of the anniversary of the assassination, this program will examine a number of the, the more accepted – and controversial – hypotheses dealing with President Kennedy’s murder.