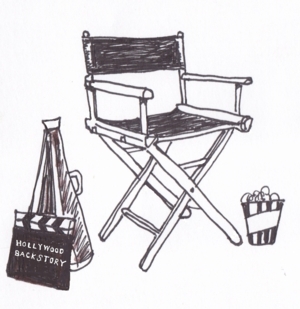 Join us for the film which launched Audrey Hepburn as a film superstar and confirmed Greg Peck as an actor of many talents. Billed as a romantic comedy, Roman Holiday is a fantasy with serious themes for today as well as the 1950’s.

With Roman Holiday, the ART/LIT department of Parkway Central Library will put you in the movie director’s seat! Join us for a series of classic American films from the studio era of the 1940’s to the rise of independent film companies.

American mass market films from the 1940’s to the 1970’s were primarily viewed as entertainment. The great directors, however, found ways to address important social issues, often in films you would never suspect of having “a message”!

“Hollywood Backstory” will provide special attention to how these iconic films came to be made and how their impact continues to shape American life during the 21st century.

This series will be presented by Ed Voves Library Supervisor of the Education, Philosophy and Religion Department.

3:00 P.M.
CANCELLED - Sing Along with the Movies | Northeast Regional Library