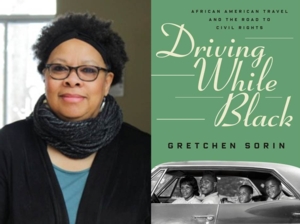 In conversation with Rick Burns, Peabody and Emmy Award–winning documentarian

A curator with more than 30 years’ experience, Dr. Gretchen Sorin has consulted for more than 250 institutions, including the Smithsonian, the Jewish Museum, and the New York State Historical Association. She is the director of the Cooperstown Graduate Program of the State University of New York, the author of In the Spirit of Martin: The Living Legacy of Dr. Martin Luther King, Jr. and Through the Eyes of Others: African Americans and Identity in American Art, and coauthor of Touring Historic Harlem: Four Walks in Northern Manhattan. In Driving While Black, Sorin tells the true story of the famous Green Book, which reshaped the notion of travel for African Americans and helped drive the nascent civil rights movement.