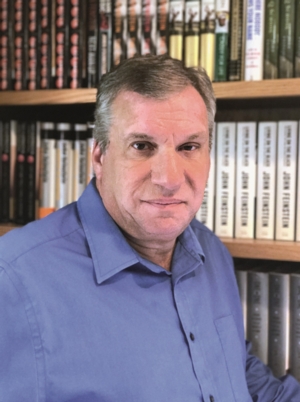 John Feinstein | The Back Roads to March: The Unsung, Unheralded, and Unknown Heroes of a College Basketball Season

“One of the best sportswriters alive” (USA Today), John Feinstein is the author of the bestselling A Good Walk Spoiled, A Season on the Brink, and Where Nobody Knows Your Name, among almost two dozen other books. He has been a staff columnist for the Washington Post, Sporting News, and Golf Digest, and a regular on-air commentator for The Golf Channel, The Jim Rome Show, and the CBS Sports Radio Network. Three decades after changing the complexion of sportswriting with the publication of A Season on the Brink, Feinstein returns to his beloved college basketball to tell the story of the often-anonymous heroes of Division 1 hoops.