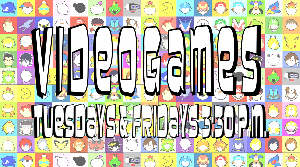 Need a little Mario party in your life? How about some more Smash Bros? We have you covered here in the Field Teen Center every Tuesday and Friday!

Wondering what games we have?

Teen programming at the Field Teen Center is made possible in part by grants from the Philadelphia City Institute Board of Managers and the Independence Foundation.