What to Read Next: Vampires, Werewolves and Witches
Supernatural stories for Halloween and beyond.

Notes: They took her clothes and sneakers. They dressed her in a long red gown. And they shackled her to the wall of an abandoned mansion-within easy reach of a figure stirring in the moonlight. She knows that it is a vampire. She knows that she's to be his dinner, and that when he is finished with her, she will be dead. Yet, when light breaks, she finds that he has not attempted to harm her. And now it is he who needs her to help him survive the day...
ISBN: 0425191788
Published: 2003

Notes: In this first of a series, Victorian England has vampires at every level of society, especially the higher ones, and they engage in incessant intrigue, power games, and casual oppression of the weak--activities, as we know, that are all too human. Numerous characters from literature and from history appear in both major and cameo roles. Spectacular fight scenes, stormy politics, and a serial vampire killer keep the action lively.
ISBN: 038072345X
Published: 1992

Notes: It began with blood and death amid the streets of late-night Toronto. Vicki Nelson, formerly of Toronto's homicide detail, now a private investigator, witnessed the first attack by the force of dark magic that would soon wreak its reign of terror on the unsuspecting city. And as death followed unspeakable death, Vicki became more and more deeply enmeshed in an investigation which would see her renewing her stormy relationship with her former police partner, Mike Celluci, even as she teamed up with writer Henry Fitzroy in a desperate attempt to track down the source of the seemingly unstoppable attacks. For Fitzroy, the illegitimate son of Henry VIII, had knowledge of realms beyond the mortal acquired over the centuries during which he's mastered his own insatiable needs -- the life-from-death cravings of a vampire. The first in a five book series.
ISBN: 0886774713
Published: 1993 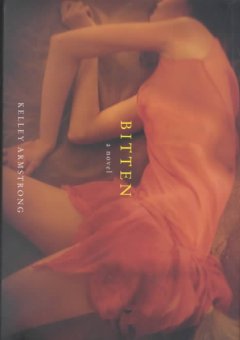 Notes: Elena is a werewolf the only female werewolf in the world. Betrayed by Clay, her former lover, who bit her while in his werewolf form, she is now resigned to a life of secret changes while attempting to remain in human society. Meanwhile, the power of the Pack and her deep-seated ties to Clay continually press on her, preventing a true commitment to her human lover. When the Pack Alpha calls her to help rout a band of murderous "mutts" (werewolves not affiliated with the Pack), Elena reluctantly becomes the animal she has fought so long to suppress. This is the first book in the "Women of the Otherworld" series
ISBN: 0670894710
Published: 2001

Notes: Anita Blake may be small and young, but vampires call her the Executioner. Anita is a necromancer and vampire hunter in a time when vampires are protected by law--as long as they don't get too nasty. Now someone's killing innocent vampires and Anita agrees--with a bit of vampiric arm-twisting--to help figure out who and why. Trust is a luxury Anita can't afford when her allies aren't human. The city's most powerful vampire, Nikolaos, is 1,000 years old and looks like a 10-year-old girl. The second most powerful vampire, Jean-Claude, is interested in more than just Anita's professional talents, but the feisty necromancer isn't playing along--yet. This is the first book in the popular Anita Blake series.
ISBN: 051513449X
Published: 1995

The Passion by Boyd, Donna

Notes: In a world in which a superior race of werewolved holds the positions of power, human and werewolf segregation had become the norm. But for the first time, the leaders of the pack have accepted a human. In dazzling nineteenth century Paris, we meet three pivotal players: the young human Tessa LeGuerre, who falls under the spell of a very powerful, very sensual werewolf; Alexander Devoncroix, the charismatic werewolf who adores humans too well, but whose ultimate loyalty is to the pack; and Elise, the imperial pack leader who lays claim to Alexander. Beloved "pet" of select members of the pack, Tessa naively embraces all things werewolf--an ambition that results in unspeakable tragedy. This is the first in a series.
ISBN: 0380790947
Published: 1999

A Fistful of Sky by Hoffman, Nana Kiriki

Notes: Unlike her charismatic, beautiful mother and her four remarkable siblings, Gypsum, the middle daughter of the magical LaZelle family of Southern California, is a misfit who hasn't "transitioned" during adolescence into her special gifts and powers. Instead, she takes after her perfectly normal father. Intelligent, resourceful and caring, Gyp deals with her lack of magic by growing into a self-effacing, low-profile but still greatly beloved member of the family. Then suddenly at age 20, Gyp attains her gift, the "unkind" power of curses. Gyp's struggles to deal with her newfound dark power are emotional, frightening and hilarious.
ISBN: 0441011772
Published: 2004 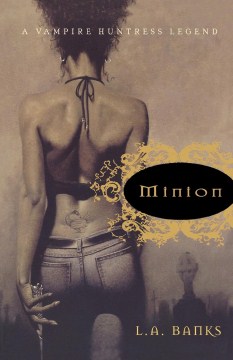 Notes: All Damali Richards ever wanted to do was create music and bring it to the people.But come nightfall, she hunts vampires and demonspredators that people tend to dismiss as myth or fantasy. But Damali and her Guardian team cannot afford such delusions, especially now, when a group of rogue vampires have been killing the artists of Warriors of Light and their rival, Blood Music. Strange attacks have also erupted within the club drug-trafficking network and drawn the attention of the police. These killings are a bit out of the ordinary, even for vampires. No neat puncture marks in the neck to show where the lifes blood has been sucked from the body. These bodies have been mutilated beyond recognition, indicating a blood lust and thirst for destruction that surpasses any Damali has encountered before. Damali soon discovers that behind these brutal murders is the most powerful vampire she has ever met, and this seductive beast is coming for her next.
ISBN: 0312316801
Published: 2003

The Silver Wolf by Borchart, Alice

Notes: During the decline of the Roman empire, young woman of royal lineage is forced to marry the wealthy Lord Maenial. Regeane uses her special gifts inherited from her father, a werewolf, to navigate the political intrigues of her time. She also is a werewolf. This is the first in a trilogy.
ISBN: 0345423615
Published: 1999 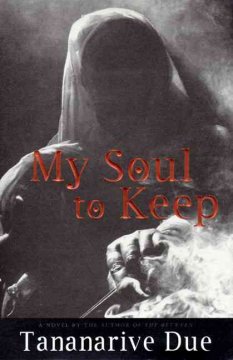 My Soul to Keep by Due, Tananarive

Notes: When Jessica marries David, he is everything she wants in a family man: brilliant, attentive, ever youthful. Yet she still feels something about him is just out of reach. Soon, as people close to Jessica begin to meet violent, mysterious deaths, David makes an unimaginable confession: More than 400 years ago, he and other members of an Ethiopian sect traded their humanity so they would never die, a secret he must protect at any cost. Now, his immortal brethren have decided David must return and leave his family in Miami. Instead, David vows to invoke a forbidden ritual to keep Jessica and his daughter with him forever. Harrowing, engrossing and skillfully rendered, My Soul to Keep traps Jessica between the desperation of immortals who want to rob her of her life and a husband who wants to rob her of her soul.
ISBN: 006105366X
Published: 1998