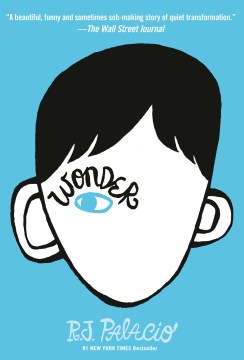 Notes: #2 NYT Children's Middle Grade 2/28/16. Ten-year-old Auggie Pullman, who was born with extreme facial abnormalities and was not expected to survive, goes from being home-schooled to entering fifth grade at a private middle school in Manhattan, which entails enduring the taunting and fear of his classmates as he struggles to be seen as just another student.
Reading Level: Ages 8 to 12
ISBN: 9780375869020
Publisher: Knopf
Published: 2012
Pages: 315
Callnumber: j 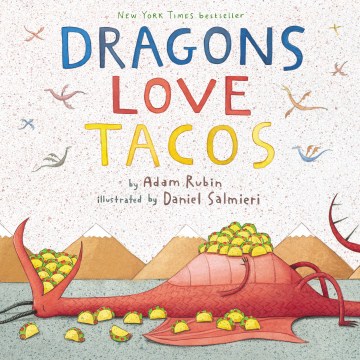 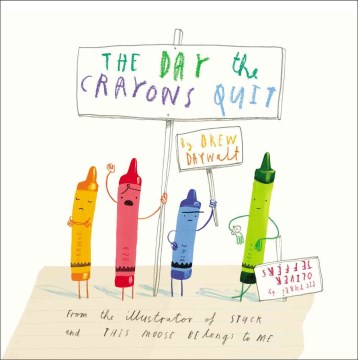 The Day The Crayons Quit by Daywalt, Drew and Drew Daywalt

Notes: #5 NYT Children's Picture Books 2/28/16. When Duncan arrives at school one morning, he finds a stack of letters, one from each of his crayons, complaining about how he uses them.
Reading Level: Ages 3 to 7
ISBN: 9780399255373
Publisher: Philomel 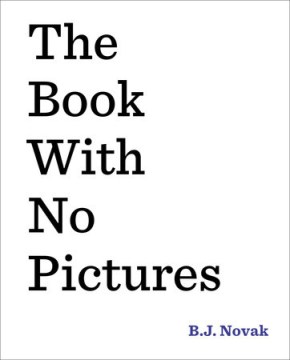 The Book With No Pictures by Novak, B.J.

The Day The Crayons Came Home by Daywalt, Drew

Notes: #8 NYT Children's Picture Books 2/28/16. One day, Duncan is happily coloring with his crayons when a stack of postcards arrives in the mail from his former crayons, each of which has run away or been left behind, and all of which want to come home.
Reading Level: Ages 3 to 7
ISBN: 9780399172755
Publisher: Philomel

The Maze Runner by Dashner, James

Notes: #8 NYT Children's Series 2/28/16. "Sixteen-year-old Thomas wakes up with no memory in the middle of a maze and realizes he must work with the community in which he finds himself if he is to escape."
Reading Level: Ages 12 and up
ISBN: 9780385385206
Publisher: Delacorte Press

Sword of Summer by Riordan, Rick

Notes: #3 NYT Children's Middle Grade 2/28/16. "Magnus Chase has always been a troubled kid. Since his mother's mysterious death, he's lived alone on the streets of Boston, surviving by his wits, keeping one step ahead of the police and the truant officers. One day, he is tracked down by a man he's never met -- a man his mother claimed was dangerous. The man tells him an impossible secret: Magnus is the son of a Norse god. To prevent Ragnarok, Magnus must search the Nine Worlds for a weapon that has been lost for thousands of years.
Reading Level: Ages 10 to 14
ISBN: 9781423160915
Publisher: Disney-Hyperion

Diary of a Wimpy Kid: Old School by Kinney, Jeff

Notes: #1 NYT Children's Series 2/28/16. "Life was better in the old days. Or was it? That's the question Greg Heffley is asking as his town voluntarily unplugs and goes electronics-free. But modern life has its conveniences, and Greg isn't cut out for an old-fashioned world. With tension building inside and outside the Heffley home, will Greg find a way to survive?" - Provided by publisher.
Reading Level: Ages 9 to 12
ISBN: 9781419717017
Publisher: Amulet