Women: Astonishing Women: Science Fiction and Fantasy by Women
From pregnant men to invading aliens, theocratic governments to alternate histories, these speculative novels by women will entertain, enrich and even sometimes frighten you. 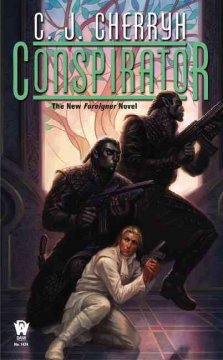 Notes: If you like your space opera big, bold and full of ideas, then check out this latest in the Foreigner series by Cherryh. Alien species, an interplanetary war, and plucky human heroes await!
ISBN: 9780756406042 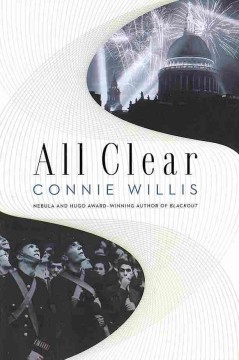 All Clear by Willis, Connie

Notes: This is the second half of Willis's big World War 2 time travel epic that started with Blackout. This book is meticulously researched and planned, and like most of Willis's fine fiction, a slow and painstaking build up finally ignites and burns into a hot, bright climax that will take your breath away.
ISBN: 9780553807677

Daughter of Elysium by Slonczewski, Joan

Notes: What a joy when real scientists write fiction! This novel takes the reader back to the ocean world from Slonczewski's earlier A Door into Ocean, and deeper into the conflict between species and cultures. Readers will enjoy her take on alien gender, species development, and what people must to do save not only themselves, but their ways of life.
ISBN: 0688125093 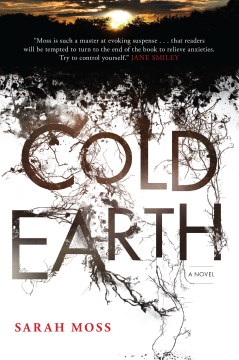 Notes: A group of archaeologists working in remote Greenland are haunted by dead Vikings, threatened by fights within their group, and cut off from home by an outbreak of virulent plague. And it is freezing and they are running out of food. Sarah Moss's book is an engaging academic novel with a science fiction frame and lots of fantasy elements. Curl up with a cup of tea and enjoy.
ISBN: 9781582435794 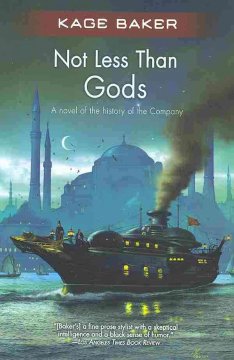 Not Less Than Gods by Baker, Kage

Notes: This story tells the steampunkified history of “The Company,” a shadowy organization unbound by the laws of time and space. Not Less Than Gods, though, spends just about one chapter telling us just the basics of what we need to know about the Company before enlacing us completely in the story of Edward Bell-Fairfax, noble-born orphan, who becomes the greatest spy and assassin this alternative Victorian era will know. Science fans will love the explanations behind Victorian-era night-vision goggles, “aetherical radiation“ radar technology, and what would have been the world’s first armored luxury vehicle--think Hummer, the Golem Edition--invented by a mysterious Rabbi in the frozen East.
ISBN: 9780765318916 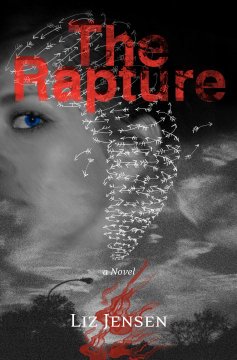 The Rapture by Jensen, Liz

Notes: Totally unbelievable and utterly terrifying events keep the reader on the edge of her seat. A chain reaction of mass-casualty events (tsunamis, volcanoes, storms, earthquakes, etc.) dovetails with the maybe psychotic visions of a young girl incarcerated for killing her religious fundamentalist mother.
ISBN: 9780385528214 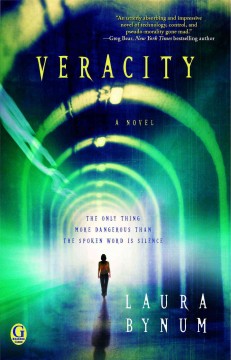 Notes: While this book wants to be the dissident love child of The Handmaid's Tale and 1984, it falls pretty short. The tale it tells of government control and surveillance is imaginative and taught with emotional tension, but ultimately the science fictional elements are so unbelievable that the rest of the book's credibility starts to crack as well.
ISBN: 9781439123348 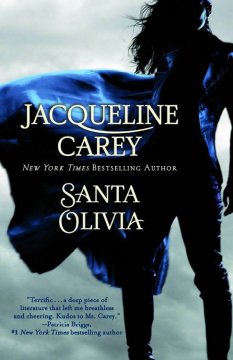 Notes: With elements of paranormal romance, this novel is set in a near-future dystopian border town where a young orphan girl named Loup ends up inheriting physical powers from a soldier father she never knew. The strongest aspects are the love story between Loup and another young woman, the relationships between Loup and the other orphans, and the clear line of exciting plot events that will keep you turning the pages.
ISBN: 9780446198172 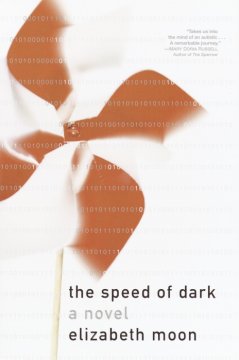 The Speed of Dark by Moon, Elizabeth

Notes: This is a serious novel from Moon who usually best known for her space operas and adventures. Winner of a Nebula, The Speed of Dark asks difficult questions about autism and the development of nanotech therapies. It is set in a dangerous near future.
ISBN: 0345447557