Iran: Children
Picture books about Muslim-American children as well as children living in Arabic-speaking countries past and present. 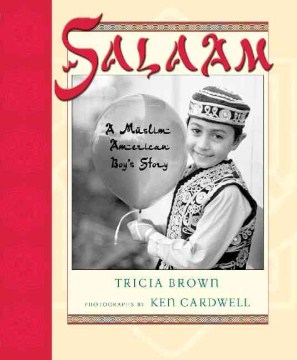 Notes: Black-and-white photographs enhance the story of a young Muslim-American boy, as well as his family life and the Five Pillars of Islam.
ISBN: 0805065385
Publisher: Henry Holt and Co.
Published: 2006 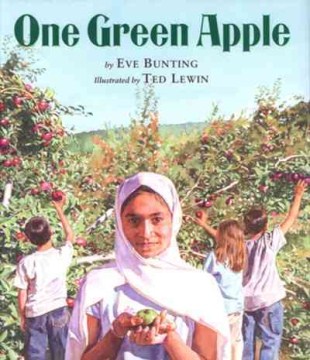 One Green Apple by Bunting, Eve

Notes: When a young girl of Middle Eastern descent moves too America, she feels desperately isolated. Though Farah wears a headscarf and knows that there are "difficulties" between her native and adoptive countries, specifics of religion and politics never distract from the child's experiences.
ISBN: 0618434771
Publisher: Clarion Books
Published: 2006 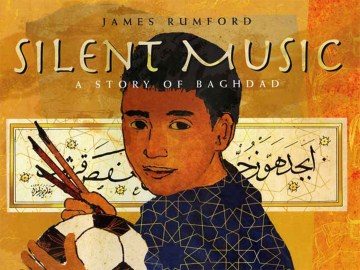 Silent Music: A Story of Baghdad by Rumford, James

Notes: Ali, a boy living in Baghdad, loves soccer, parent-rattling music, dancing, and, most of all, calligraphy. Drawing strength from explicit visual and textual references to Iraq’s long history of literacy, the story of Ali’s passionate practice of calligraphy highlights the power of literacy as a creative force in the midst of war and invites reflection on the difficulty of practicing peace.
ISBN: 1596432764
Publisher: Roaring Brook Press
Published: 2008 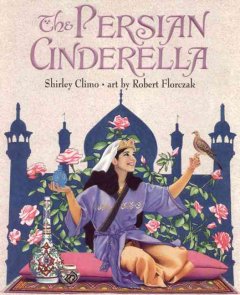 Notes: After giving most of her money to a beggar, young Settareh spends her last coins on a cracked jug instead of purchasing fabric for a new dress to wear to the prince's celebrations. Resigned to remaining home, she discovers that the pot is inhabited by a pari that is able to grant her every wish. She attends the festival, catches the eye of the prince, leaves behind a diamond ankle bracelet, and is found by the queen. Settareh unwisely reveals the secret of the jug to her stepsisters, who steal it and instruct it to get rid of the young woman. The jug self-destructs, leaving behind six jeweled hairpins that, once placed in Settareh's hair, turn her into a turtledove. When the grieving prince befriends the bird, he finds the pins and pulls them out, thus restoring his beloved.
ISBN: 0060267631
Publisher: Harper Collins
Published: 1999