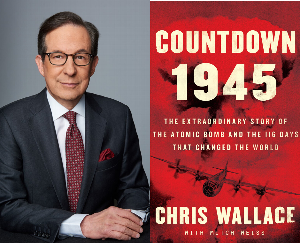 VIRTUAL - Chris Wallace | Countdown 1945: The Extraordinary Story of the Atomic Bomb and the 116 Days That Changed the World

Watch Chris Wallace live on Crowdcast at 7:30 p.m. And be sure to register in advance!