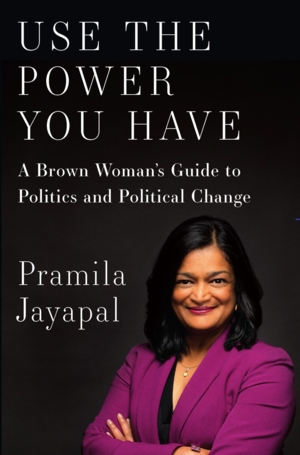 VIRTUAL - Rep. Pramila Jayapal | Use the Power You Have: A Brown Woman’s Guide to Politics and Political Change

Watch Pramila Jayapal live on Crowdcast. And be sure to register in advance.

In conversation with Aimee Allison

The first Indian American woman in the U.S. House of Representatives, Pramila Jayapal has represented the state of Washington’s 7th District since 2016. An ascendant political star and outspoken critic of President Trump, she is a member of the House Judiciary Committee, co-chair of the Congressional Progressive Caucus, sponsored one of the most encompassing Medicare-for-all bills in American history, and in 2017 was named to Politico’s Playbook 2017 “Power List.” In Use the Power You Have, Jayapal inspires political engagement and policy action amongst young people.

Aimee Allison is the Founder of She the People, the national network elevating the political voice and power of women of color. She is also president of Democracy in Color, a national political organization on race, politics and the New American Majority and the host of the acclaimed “Democracy in Color” podcast.