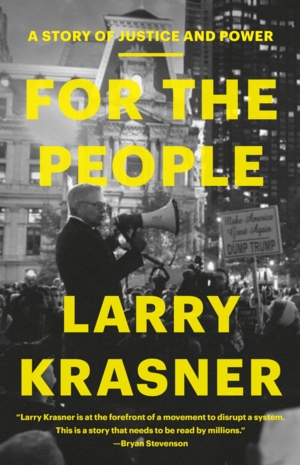 VIRTUAL - Larry Krasner | For the People: A Story of Justice and Power

Winning on a platform of prison reform in a city notorious for its high incarceration rates, Larry Krasner was elected District Attorney of Philadelphia in 2018 with more than 50% of the vote. He worked as a public defender and civil rights lawyer in Philadelphia for more than 30 years before deciding that he wanted to help his city from within. Featured in an eight-part PBS documentary about his office’s efforts to reform criminal justice in Philly, Krasner has been featured in such outlets such as the New York Times, CNN, Newsweek, and CBS News. In For the People, he outlines a transformative vision for the ways in which citizens can begin to dismantle and rebuild an unjust legal system.