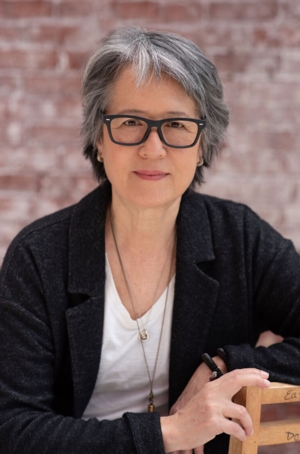 VIRTUAL - Ruth Ozeki | The Book of Form and Emptiness

In conversation with Elizabeth McCraken

Exploring the intersection of social issues, personal narrative, and existential global concerns, Ruth Ozeki’s “funny, tragic, hard-edged, and ethereal” (Los Angeles Times) novels include My Year of Meats, All Over Creation, A Tale for the Time Being, and The Face: A Time Code. A former award-winning filmmaker,  and television director, and producer, Ozeki is a Zen Buddhist priest and teaches creative writing at Smith College. Her work has been awarded the Dos Passos Prize and the Los Angeles Times Book Prize, and has been shortlisted for the National Book Critics Circle Award and the Man Booker Prize. In The Book of Form and Emptiness, a teen grieving the loss of his father finds solace in his newfound ability to hear the voices of everyday objects.

Elizabeth McCracken is the author of seven books, including The Giant’s House, An Exact Replica of a Figment of My Imagination, Bowlaway, and the forthcoming story collection The Souvenir Museum. Her work has appeared in Best American Short Stories and The New York Times Magazine, and she has won three Pushcart Prizes, the Story Prize, and the O. Henry Prize. McCracken teaches creative writing at the University of Texas at Austin.

Books will be mailed after the event. Please allow up to three weeks for delivery.