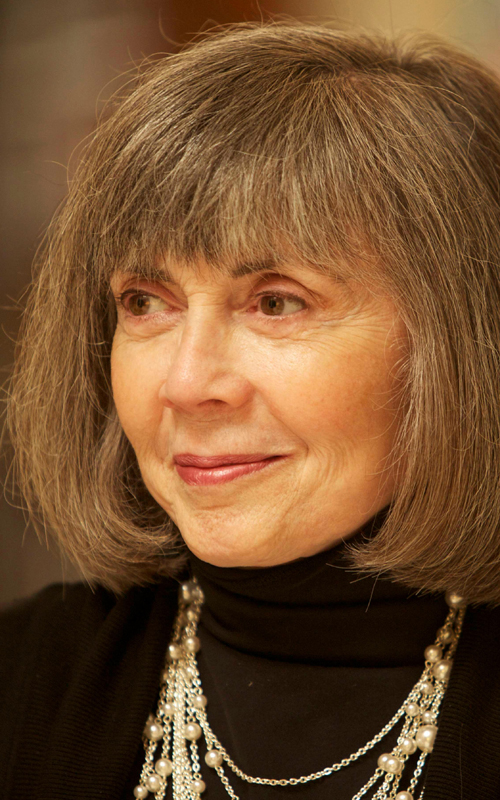 Ms. Rice will personalize books.
In order to have backstock signed you must purchase a copy of The Wolf Gift.
Collectors and patrons with more than five books will be sent to the back of the line.

Anne Rice gained notoriety and a vast cult readership for her Vampire Chronicles series, which the Washington Post called "unrelentingly erotic . . . unforgettable." The first and most popular book, Interview With the Vampire (1976) reinvented and refreshed the archetypal Vampire myth, and was later made into a film starring Tom Cruise and Brad Pitt. It was followed by The Vampire Lestat and The Queen of the Damned, which the San Francisco Chronicle called "a wonderful web of dark-side mythology." Rice's 28 books include the Sleeping Beauty trilogy and, congruent with her conversion to Catholicism, a trilogy about the life of Jesus, a series best known for Christ the Lord: Out of Egypt. The Wolf Gift is an intrepid departure for Rice that frames a modern werewolf with a pull toward goodness.

FREE Goldenberg's Peanut Chews for the audience, thanks to a generous donation from Just Born!

2:00 P.M.
Virtual Sundays on Stage: The Principles of Hip Hop: Peace, Love, Unity, and Having Fun with Hip Hop Fundamentals