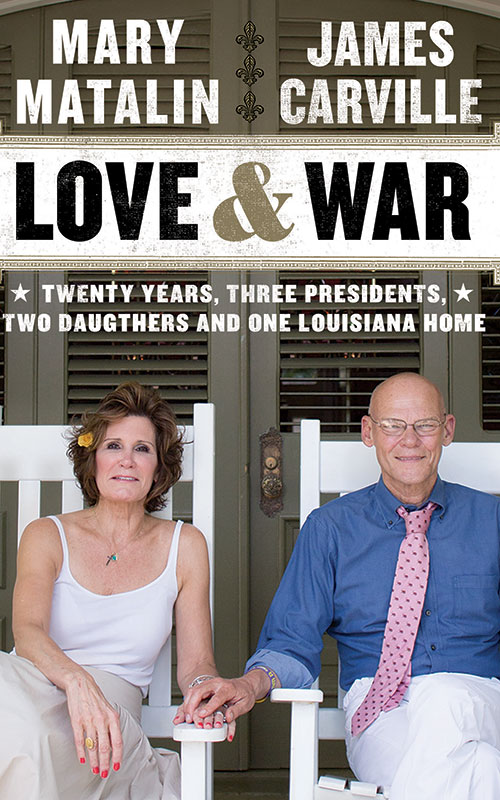 For 20 years of marriage, James Carville and Mary Matalin have reigned as the country’s most politically divergent, ideologically mismatched, and intensely opinionated couple. Often referred to as the “Ragin’ Cajun” for his animated and colorful debating style, Carville is a Democratic strategist who serves as a political contributor for CNN. Matalin was the media-savvy Republican strategist for two Bushes and one Cheney. In two distinct voices, their spirited new memoir follows the couple’s story from the end of the 1992 presidential campaign—where he managed Bill Clinton’s triumph while she suffered defeat—through the Clinton era, George W. Bush’s complicated presidency, the election of Barack Obama, and the rise of the destructive partisanship that dominates Washington today.