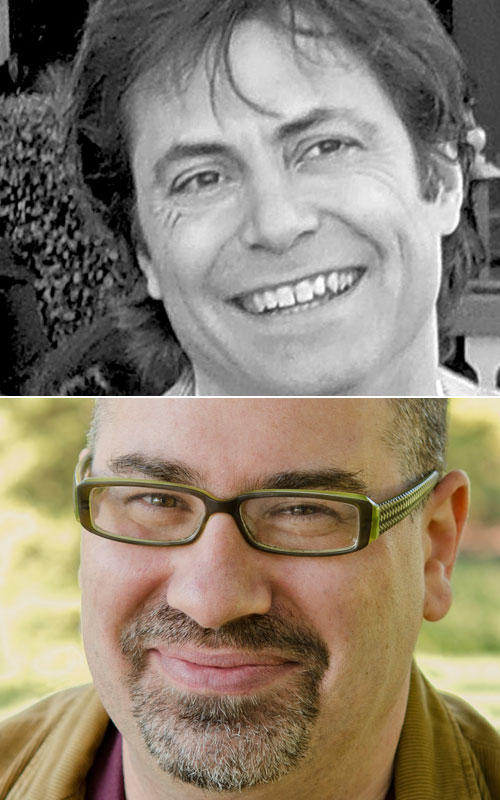 Max Tegmark | Our Mathematical Universe: My Quest for the Ultimate Nature of Reality with Dave Goldberg | The Universe in the Rearview Mirror: How Hidden Symmetries Shape Reality

“Not your run-of-the mill cosmologist” (Discover), Max Tegmark explores the complex origins and ultimate fate of the cosmos in his erudite and entertaining writing. The Swedish-born theoretical physicist is the author of more than 200 technical papers and has created several of the fundamental data analysis tools, theories, and measurement systems that have advanced modern cosmological study. Elected Fellow of the American Physical Society in 2012, he directs the Foundation Questions Institute and is a professor at the Massachusetts Institute of Technology.  In Our Mathematical Universe, Tegmark explains revolutionary theories about the very nature of reality with common sense, wit, and passion.

Dave Goldberg co-authored A User’s Guide to the Universe, an irreverent and entertaining guide to the real-life physics behind some of the most nagging questions about extraterrestrial life, parallel universes, dark matter, and a score of other pop-science topics.  He has been featured on NPR’s Studio 360, has contributed to Slate and the Los Angeles Times, writes the “Ask a Physicist” column for io9.com, and teaches at Drexel University. “An informative, math-free, and completely entertaining look at the concept of symmetry in physics” (Publishers Weekly), The Universe in the Rearview Mirror reveals the profound forces behind the elegant fabric of reality while also answering the nerd questions about the possibility of shrink-ray guns and warp-speed travel.