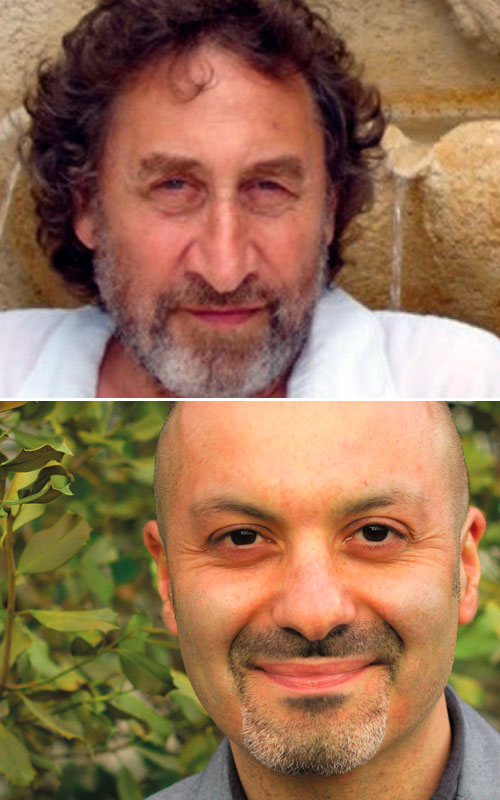 “Thrilling and enigmatic” (New York Times Book Review), Howard Jacobson is the author of the Man Booker Prize-winning novel The Finkler Question, an unflinching story of friendship and loss. An acerbically funny critic, columnist for The Independent, and former broadcaster and academic, Jacobson often explores British life through the lens of contemporary Judaism. His novels include Coming from Behind; Peeping Tom; No More Mister Nice Guy; The Mighty Walzer; Zoo Time; and Whatever It Is, I Don't Like It, a collection of his weekly columns for The Independent. His new book is a provocative modern reimagining of Shakespeare’s The Merchant of Venice.

Boris Fishman’s “bold, ambitious and wickedly smart” (The New York Times Book Review) debut novel A Replacement Life was a New York Times Notable Book, the winner of the VCU Cabell First Novelist Award and the American Library Association’s Sophie Brody Medal, and a finalist for the National Jewish Book Award, the Sami Rohr Prize, and the Edward Lewis Wallant Award. His new novel about the mystery of inheritance and what exactly it means to belong follows a New Jersey couple that adopts a Montana boy—at once a salvation and a mystery to his parents—who suddenly turns feral.