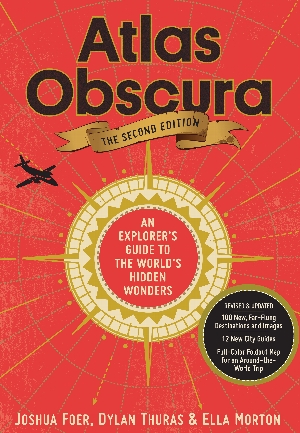 The bestselling Atlas Obscura garnered popular acclaim in 2016 as a joyous plunge into some of Earth’s weirdest and most mysterious places. Replete with rigorous research, lavish charts and illustrations, and brisk writing, a revised and updated second edition treats readers to 120 new entries and a full-color folding road-trip map. Joshua Foer is the cofounder and chairman of the Atlas Obscura organization and the author of the popular Moonwalking with Einstein: The Art and Science of Remembering Everything. A cofounder and the creative director of Atlas Obscura, Dylan Thuras is the coauthor of The Atlas Obscura Explorer’s Guide for the World’s Most Adventurous Kid. Ella Morton is a former associate editor at Atlas Obscura and the previous host of Rocketboom NYC, a web show about New York’s oddball personalities and locales.