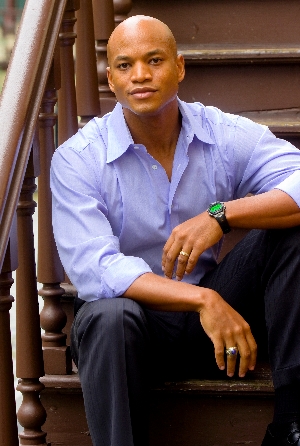 Event cancelled. Full refunds have been issued. You do not need to contact us in order to receive a refund.

A former combat officer in Afghanistan, Rhodes Scholar, and White House Fellow to former Secretary of State Condoleezza Rice, Wes Moore is the author of the bestsellers The Work, an intimate reflection about finding meaning in an unstable era, and The Other Wes Moore, the story of the sharply divergent paths taken by two boys with the same name born in nearly the same time and place. He is currently the CEO of the Robin Hood Foundation, a massive anti-poverty nonprofit that funds schools, shelters, and food pantries in New York. In Five Days, the Baltimore native returns home to offer a multi-perspective frontline look at the uprising that occurred in the wake of Freddie Gray’s death.