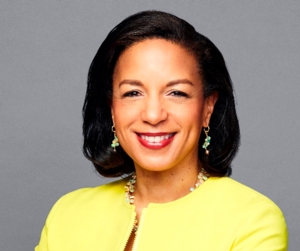 Susan Rice | Tough Love: My Story of the Things Worth Fighting For

U.S. ambassador to the United Nations from 2009 to 2013 and President Obama’s national security advisor from 2013 to 2017, Susan Rice has been at the forefront of some of the 21st century’s most consequential international challenges. Currently the Distinguished Visiting Research Fellow at the School of International Service at American University, she also sits on the board of the John F. Kennedy Center for the Performing Arts. From Rice’s early family struggles to her becoming a champion of American interests on the world stage, Tough Love is not only a personal story, but a larger entreaty to bridge the domestic divides that threaten our global moral credibility.