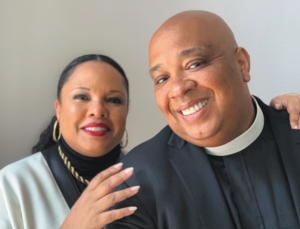 Walk this way for an evening with Joseph “Rev Run” Simmons, frontman for the mega-influential hip-hop trio Run-DMC. Regarded as the driving force behind ushering rap into the mainstream, the group was awarded a Grammy Lifetime Achievement Award and inducted into the Rock & Roll Hall of Fame. Joining Rev Run is his wife, Justine Simmons, his costar on the popular reality show Run’s House and his coauthor of Take Back Your Family: A Challenge to America’s Parents. The long-married couple knows one thing about love—it’s tricky! In Old School Love, they share the secrets and principles that have kept them together for a quarter century.