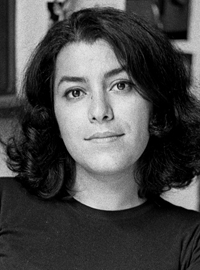 Marjane Satrapi was born in Rasht, Iran, and now lives in Paris, where she is a regular contributor to magazines and newspapers across the globe, including the New Yorker and the New York Times. She is the author of Embroideries, Chicken with Plums, and several children's books. Persepolis, Satrapi's autobiographical account of her childhood during and after the Islamic Revolution, was first published in France, where it was met with enormous critical acclaim, garnered comparisons to Art Spiegelman's Maus, and won several prestigious comic book awards. She co-wrote and co-directed the animated feature film adaption of Persepolis.