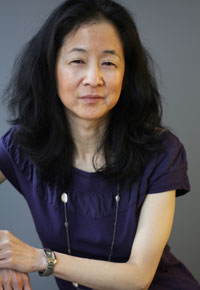 Born in Palo Alto, California, Julie Otsuka studied art at Yale University. Her first novel, When the Emperor was Divine (2002), was in part inspired by her mother’s and grandparents’ experiences in internment camps during the 1940s. When the Emperor was Divine was named a New York Times Notable Book and a San Francisco Chronicle Best Book of the Year, and was featured in community reads in Colorado, Connecticut, Washington State, Iowa, California, and Vermont. Her second novel, The Buddha in the Attic, was the PEN/Faulkner Award winner and a National Book Award finalist. Her fiction has also been featured on Public Radio International and BBC Radio 4, and has been published in Granta, Harper’s Magazine, and The Best American Short Stories 2012. Otsuka currently lives in New York City.